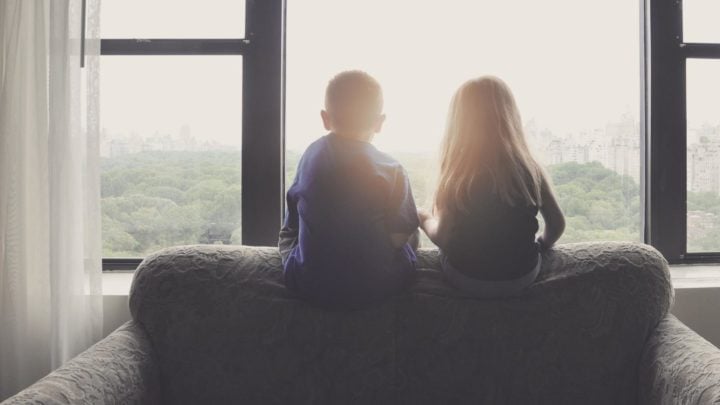 How the children in this street have changed the lives of its 60-something residents. Source: Getty Images

Miss T is in the living room, watching a video. It is something about a princess and a frog and, unsurprisingly, it’s animated. Miss T, who is a six-year-old chatterbox, lives opposite in our tiny cul-de-sac. More importantly, she is the first six-year-old to enter our house in 15 years.

On our arrival here from the coast, this neighbourhood was what you’d expect to find in an Australian country town: full of the aged, the elderly and the middle-aged, all learning to live quietly and age gently. The only kids we ever saw were the steady stream using the cul-de-sac and the park at its end as a short cut to the nearest public school.

Over the intervening years that stream gradually dried up as kids moved on to high school and then, inevitably, left town for the brighter lights of somewhere else. So we, the residents, were left behind like empty-nesters, to enjoy the stillness that is the pervading sound of regional Australia. Then Miss T’s family moved in.

The transformation was instantaneous. While she and her brother – let us call him Bro – are innately shy, they are also naturally curious and before long they had built up a rapport with all their middle-aged neighbours, quizzing them, fiddling with their garden tools, chasing their pets, entertaining them, pumping blood back into a sclerotic environment.

As one of the neighbours, a university professor no less, told me last Christmas, when you talk to Miss T you feel alive again. I’d go a little further and say that when you meet Miss T you notice things you’d long forgotten about. For example, now knowing, as I do, some of the foibles of Mrs McGurgleshire, Miss T’s class teacher, and the tricks of McComber Bomby, that naughty boy sitting across the room under the window, I’m ready for anything.

None of this is to deflect from the contribution made by Bro to our little street but Bro is, essentially, a street bro in training, being nine, a bit of whiz at sport and a blitzer at his lessons. Bro has the aura of success about him and it was no surprise to us when it became apparent that he had outgrown the street. After all, who could ignore Eddie Cantor singing that old song, ‘How Ya Gonna Keep ‘em Down on the Farm (After They’ve Seen Paree)’.

In a fairly kid-less environment, Miss T has come to adopt my wife – whom we might call Grace, in view of her serene empathy – as a kind of best friend. To Grace, I suspect, the relationship is also a lament for her vanished years as a mother of two little boys. Nevertheless, they get along fine. I can hear them as I type these words, chattering away as they bop along to the Disney extravaganza on the box.

They had already made pancakes and a cake is sure to be in the offing. Then, when it’s all over, the ritual request for Grace to “sleep over at our place” will be made and Miss T will go home after a day with her best friend, not quite as overawed as she was by Bro’s dazzling social success on his wider stage.

Yet Grace and I both know, as does Miss T’s mother, that in three years’ time, she will also be nine and thus three years closer to adolescence. No one, least of all us and the young parents opposite, can predict what that might entail.

In our own household, circumstances had impelled us to home school our kids and so against the protestations of others that we were denying our children the opportunity to socialise in the rough-and-tumble approximation of reality that school is supposed to offer, we gave them, instead, a measure of protection and an unhindered opportunity to find their own paths.

It was certainly not done with any foresight as to what might await them within the school gates, but we certainly breathe easy these days when we balance the books against our boys’ experience and what we see daily on television.

We were talking about it a couple of days ago, both of us sensing that the first clouds of apprehension may be gathering on our neighbours’ horizon, and Grace then made the startling comment: “Why would you have them if you knew you were going to lose them.” Then she explained. When we were school kids ourselves there were always school bullies, twisted PE instructors, unfair teachers who played favourites and all the rest of it. But the difference was that before nine and after three, they were ours – ours to mop up the blood and patch up the wounded soul and instil some values beyond the jungle of the school quad.

Many decades ago, when I was sent to my adolescent bedroom to study, the only misgivings my mother might have had would have been whether I lit up a fag or three in there. But today? With social media on its relentless prowl, the beast is on to you 24/7.

As it happens, we have not met children so well brought up as Miss T and Bro in many years; indeed, Grace would go so far as to say they are the best she has ever encountered, being well-mannered, conscious of others, learning to share rather than grab; in short, they are true credits to their parents.

That’s beautiful, and really admirable, but if you take a tenth of what is reported in the evening television news as fact and not as lurid, attention-grabbing cynicism, how far would being a beautiful child in a thoughtful family setting guarantee immunity from the trolling attentions of angry, envious narks? With hours to kill and itchy keyboard fingers to indulge.

It’s no comfort to heave a sigh of relief that our own kids are beyond all that.

Do you have grandchildren? Do you worry about the negative impacts of social media and technology on their upbringing?