‘Our shocking fur trade past: Why we need to act to save the koalas’ 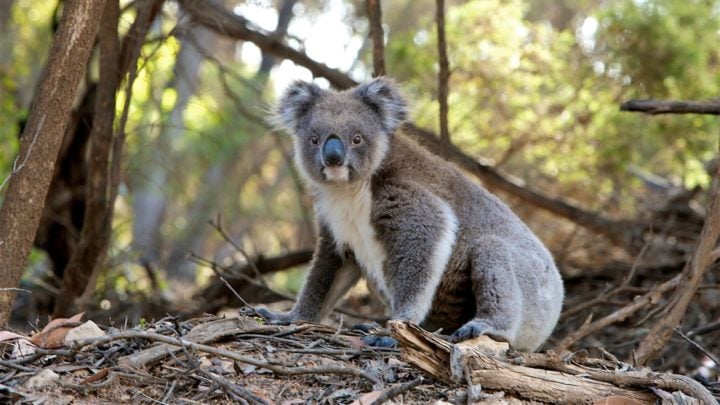 No tree, no me. September is Save the Koala month and Barbara wants us all to get involved. Source: Pixabay

I’m going to tell you something you’d rather not know. It’s about our koalas. I hear you say, ‘I know they’re endangered. What happened? The early settlers clearing all that land? All that land clearing now? The pressure of population growth and need for housing? Disease?

Yes, you’re right, all of that. But wait, there’s more. So much more. Take a deep breath.

On August 1, 1927 the acting Queensland premier of the time, William Forgan Smith declared an ‘open season’ and 10,000 hopeful koala hunters paid for their licences and went out with guns. Wholesale slaughter. Don’t believe me? Men love killing things and it was a job, and these animals just sat drowsily in trees and lost their furry lives just like that. They were almost driven to extinction then.

Still don’t believe me? In August 2017, 90 years after the event, the ABC published an article on Queensland’s month-long open season on the animals.

It’s horrifying. The killing was finally banned after a massive public backlash, which could be Australia’s first movement of citizens regarding conservation. This mass killing was etched into history as Black August.

However, in the decades before this cull, many koalas were killed and their pelts sent to the United States where there were coat, glove and hat industries. Koala hunters killed 600,000 koalas, their pelts collected and sold at an average price of 56 shillings and 9 pence per dozen. Thirty-eight Queensland companies were involved in the fur trade. I see you’re heading for a scotch or at a least a cuppa.

Now fast forward to the 1940s and ’50s. I am a child living in Summer Hill, an inner west suburb of Sydney. Two garages sit neatly beside our side fence and in one sits Millie Jones. Her treadle sewing machine is whirring away all day and sometimes well into the night making stuffed toys, i.e. koalas. Fascinating.

She is always rocking, backwards and forwards all the time when sitting talking to you or standing. Rocking is what a treadle machine is all about. Rocking, rocking, stitching, stitching. That’s how it works. Doesn’t need electricity, only rhythmic rocking and strong legs. Her rocking is sort of catching and it seems rude not to join in. So you do. You visit, you chat, you rock. Millie manages to eat and drink cups of tea whilst rocking. Try it. It is possible.

Her garage is a mysterious cavern from which march forth millions of koalas, all stuffed and made from real koala skins. The skins arrive in flat bundles tied up with string. They have a mesmerising smell, a combination of acrid and sweet. Death has a sweet smell so I suppose that was mixed up with tanning chemicals. The finished stuffed koalas have little leather noses and claws and cute beady eyes. Occasionally Millie turns out Davey Crockett hats but mostly she makes koalas. Endangered? No one thinks about it. There are stacks of them up in those trees.

Back to hard-working Millie who owns a sick husband and a cocky. Cocky wanders around under the chairs watching Millie work, squawking and pooping abundantly on the newspapers Millie spreads on the floor. Millie has no idea that her means of making a living for her family is a result of wholesale slaughter.

Here I am 65 years older and thinking back to Millie and her sewing, and wondering why we’ve taken so long to notice the damage we’re doing. There are so many more living creatures our civilisation has affected. So many more are on the road to extinction. Think platypuses, frogs, bogong moths, Christmas beetles, wallabies etc. The list is long.

We need to think long and hard about land clearing, loss of diversity, population growth, insecticides and aggression. Koalas may not be killed now by guns, but their deaths result from loss of habitat, road deaths, feral animals and disease.

Australian Koala Foundation spokeswoman Deborah Tabart has been fighting for a Koala Protection Act for almost 30 years. The primary focus of the foundation is getting new legislation to protect koala trees.

In Queensland, the new Koala Advisory Council is being finalised and a conservation strategy is underway and the 2018-19 Queensland budget allocated $715,00 for this work.

I see the Royal Botanic Gardens in Sydney has a Hello Koala Sculpture trail and when in Port Macquarie recently I saw the large painted Koalas in their streets so maybe there is hope. Maybe, maybe, maybe, people are thinking about koalas.

‘No Tree, No Me’ is the slogan for the Australian Koala Foundation. September is Save the Koala Month. What are you waiting for?