‘The inconvenient truth stopping me from going to university’ 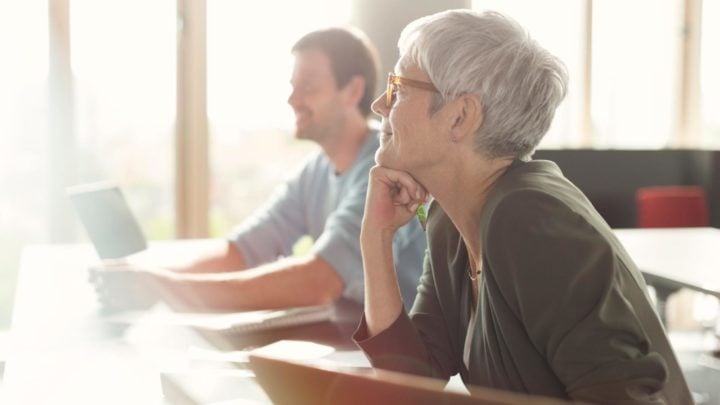 Sue was surprised to learn she'd have to postpone her plans of returning to university. (Photograph posed by model) Source: Getty Images

While making enquiries on behalf of my youngest son (who had intimated a couple of years ago that he would like to do a degree), I contacted the University of New England, which just happened to be the same institution where I commenced a degree in Economics in 1993 (I was unable to continue because I was made redundant). During the conversation, I asked if I could get a copy of my results. Anyway, $20 later, I received my results and was reminded that I’d done pretty well – one distinction, three credits, three passes and one fail (that was ‘Maths for Economics’ and I knew I would fail it).

I made further enquiries and was recently offered enrolment in a Bachelor of Arts undergraduate degree. Then came the ‘rub’. Even though I emigrated to this country – at the invitation of the government of the day – with my family from the United Kingdom in 1965, I was not an Australian citizen, only a ‘Permanent Resident’! How could that be? I’ve worked in this country that has been my home since I was 16 years old. I’ve paid taxes; raised my New Zealand-born children here; never had more than a couple of speeding fines; the government pays me a disability support pension, but I cannot qualify for a Commonwealth support pension unless I become an Australian citizen (which incidentally, could take two years to finalise).

I find this predicament somewhat incongruous – although I don’t begrudge them one iota.

I just want to learn. I want to keep the ‘grey matter’ functioning (goodness knows, the body isn’t doing so great). Starting this undergraduate course will provide a sense of commitment, focus and I’ll learn something new.

I’ve completed the 28-page application to become an Australian citizen; I’ve provided every document I can to prove ‘I am who I am’;  it will cost me $120 (plus ‘incidentals’) in order to give me a piece of paper that ‘says’ I am committed to Australia! By the time I manage to do all of this, I could be dead! Bloody hell, I’ve had cancer three times, have COPD, three bulging discs in my lower back and a compressed nerve; I’ll be 65 years old in October. What the hell do I have to do?!

The sad part is that I will have to defer the offer to enrol until 2020. I don’t want to give up but there is so much a person can do when dealing with government bureaucracy.

Have you considered study as a mature age student? Have you learned something about yourself you didn’t previously know?