‘Retirement allowed me to pursue and achieve my childhood dream’ 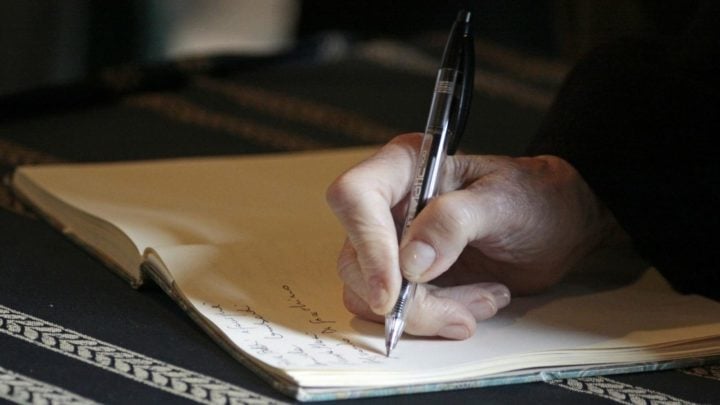 Terry found retirement was the perfect opportunity to pursue his dream of being a writer. He's now published his first novel. Source: Pexels

Earlier this year, I was watching Leigh Sales on the ABC’s 7.30. She was interviewing surfing legend, Layne Beachley. Because surfing is not my bag, I was not paying full attention however, Layne said something that startled me. “You should always follow your dreams, because your dreams will always follow you,” Beachley said. ‘Wow’, I thought.

My earliest dream, even before I reached double figures in age, was to tell stories I had made up. If I didn’t have an audience, I told the stories to myself. Mouthing them for my own ears. I am now older and this same dream has followed (and caught up with) me. I tell stories as before, but these days I write them down. That’s such a big jump in time, though. It’s important to first at what happened during those intervening years between my childhood babblings and my later-life scribblings.

Because I was good at it, I pursued a career in science and technology. Bursting to solve the mysteries of the universe (in the footsteps of the likes of Einstein, Schrodinger, and Hawking) I embarked on a PhD in nuclear physics at the University of Melbourne. Of course, things turned out to be more mundane than my vain idealism would wish.

The only place I could continue along this career path post-doctorate was Saskatoon. Yes, Saskatoon. Few people even know where this city in Canada even is.

To stay safe (and warm) in Australia, I changed fields. I worked in fuel technology for BHP, mostly in Newcastle. It was the 1970s. An oddity came to my attention out of left field. Researchers round the world were suggesting that the carbon dioxide released when fossil fuels were burnt might be warming the atmosphere of the planet and that this effect might get badly out of control. I reviewed the research and wrote a review paper. It was well received.

I concluded that, with only about 15 years of reliable data available about the past, it was difficult to draw any conclusions one way or the other about the future. However, as we moved forward, we needed to watch the situation closely. Those pesky boffins might be right.

With more than 60 years of reliable data now available about the past, and with the development of some spectacular new techniques such as the study of Antarctic ice cores, it is evident that we must act quickly and decisively if our grandchildren are not to be overrun by catastrophic global warming. We must stop using fossil fuels as a power source or as a means of transport. On this issue, the science is adamant.

But back to my dream… Living now in retirement on the coast in central Queensland, I have changed fields once more. I have written and published a work of fiction, so I am telling stories again but this time I’m not mouthing them for my own ears. I’m putting them into print for everyone’s eyes. My first novel, which I prefer to call ‘a presentation’, is called Where Pademelons Play.

A pademelon is an Australian marsupial, smaller than a wallaby; something like the Western Australian quokka. Yet, in my work of fiction, what it represents is somewhat more than this. A pademelon is an omniscient observer in the afterlife presenting stories about real people in the real world.

As an author, I find myself fretting for the real-world characters I have created as they negotiate the convolutions of the plot development I have devised for them. I identify with them, love them, laugh with them, and cry for them. I hope my readers can relate to them in similar fashion, because this is how things should happen with all good stories.

I loved writing this novel… oops… presentation. It has given meaning to my retirement years. My future projects, I hope, will continue to do this in perpetuity.

Janet, my life partner, has been great in her support. She has gifted me the two most precious things a writer could want: time and space. Her dream caught up with her too. She had always dreamed of being an architect, but became a social worker instead. However, in retirement, she got to design the house we now live in. Thank you, Layne Beachley. Your dreams do follow you.

What were your dreams as a child? How have they followed you?