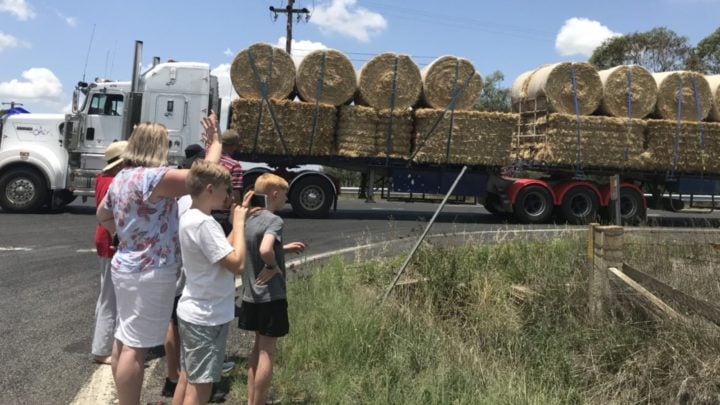 Let’s face it: there’s not a whole lot to do in inland regional Australia. You can meet very nice people there and because the pace is slower, you can get to know them better — and thus appreciate them more — than might be the case in the hurley-burley of one of our big metropolitan cities. And you also have to get used to the public facilities being more limited, so you’re often forced back onto your own devices.

Over the past few years, our family has developed a number of ‘events’ that offer some degree of anticipation beyond social pleasantries and dwelling in one’s own imagination. They include dinners at favourite pub bistros, a close monitoring of the ‘coming soon’ column of the local cinema’s website and day-trips to other regional centres within 100-or-so kilometre’s range.

One of our favourites is a visit to Uralla, a cute little town of a couple of thousand people 20-odd kilometres south of where we are. When the good burghers of Armidale decided they no longer wanted through-traffic fouling their gracious streets and bunged in a 100km/h bypass, Uralla was the beneficiary.

A trip to Uralla is like a glimpse of an earlier, more decentralised Australia with a thriving main street and the constant roar (and smell) of animal transports passing through the town. Being a historic settlement, it has a flourishing antiques profile plus one of your real old-fashioned cake shops (you know, cream buns, custard tarts, etc.). This latter was always our first destination when the call of the sausage roll became irresistible.

It had been months since our last sojourn in Uralla, put off, I suppose, by ugly stories of arsenic-contaminated water in a local dam (not a uniquely Uralla problem, I might add). “What next?” one shaken local had told us, bemoaning the bad water being inflicted on a district already struggling with severe drought and ever-present bush fire fears.

Nevertheless, we decided it was too long since our last visit to Uralla. Thus we arrived at our favourite cake shop and, in the course of the usual chatting over pies and paper bags, the owner asked whether we were in town for the trucks. For the trucks? What trucks? Was this another curious example of regional Australia being forced back onto its own devices?

In a way it was, but it was not a small procession of antique trucks, contrived as entertainment to while away a few dazed hours in the blistering summer heat. It was much closer to the bone than that.

For in the half-hour drive to Uralla we had noticed clusters of people gathering at every point along the New England Highway where there was an access road to all the grazing properties both east and west. Some, we had seen, bore flags to wave, others, with more foresight perhaps, had set up picnic tables and chairs in the shade.

When we had reached the main strip of the town, it was obvious that there were far more vehicles parked there than we had ever seen on a Saturday morning. Then it was explained: what had electrified Uralla was a convoy of trucks bringing donated hay from Victoria to provide desperately needed fodder for the starving remnants of the vastly depleted herds and flocks of the district.

So desperate were the locals, and so grateful, that they had turned out in their hundreds — possibly in their thousands — to see this apparition from good times that they might have feared had passed them by forever. So, should we wait and see the convoy, we wondered, or should we scurry back to Armidale to avoid being entrapped among 80 to 250 (we were never quite sure how many) behemoths clogging up the two-lane highway? We compromised.

Driving north from Uralla, we pulled in to one of the points where a rural access road met the highway, to wait with the locals and, in so doing, demonstrate some solidarity with their need for this act of deliverance. Where we stopped, there were about 20 cars and utes pulled over to the side of the road and about 50 people of all ages milling about expectantly. Within 10 minutes the first trucks arrived. And they were huge, ranging from six- to nine-wheelers to B-doubles in capacity, carrying bales of hay stacked to the clouds: The value of the gift was extraordinary. And pulling each flat-top load was a prime mover in perfect shape. It was impressive.

As each truck passed our vantage point we saw the Aussie flags and the boxing Kangaroo flags embellishing some of them, but of more interest to me were the more home-spun expressions of commitment, such as that emblazoning one which said simply, ‘From the Potts Family: A Helpin’ Hand’. And another, where black paint sprayed on the baled hay itself said, ‘Donated by Murtoa’.
I’d never heard of Murtoa before (it is a wheat town near Horsham, I subsequently found) and while I wondered what the cows would think of black paint on their breakfast, it was the generosity of the whole affair that could not be ignored. Because the reaction of the locals around us was my most enduring impression.

The kids weren’t bored conscripts, they were a conscious part of it all, cheering every truck that responded to their enthusiasm with fog-horn blasts from their cabs; when a kid asked his dad why one lone truck didn’t blast his horn, his father consolingly replied that the driver was probably thirsty at that moment and was having a drink of water. Spell still cast; kid still happy.
One elderly man, wrestling with his frailty to stay upright, had a glisten of tears in his eyes. I heard him say to a woman nearby that he thought all the flag-waving was a bit much, but it was a small price to pay to see so many people giving up so much to help people they did not even know. Rather like the human response to the bush fires.

Now, I am not one to say that ‘everything is beautiful in its own way’ when it’s clearly not; but I have to admit that when the convoy had passed and we hopped into the car for the drive home, the frail old guy was not the only one with a warm, glistening tear in his eye.

When have you experienced overwhelming generosity in your community?