‘Out from the mist: No one sends you a Get Well card in the psych ward’ 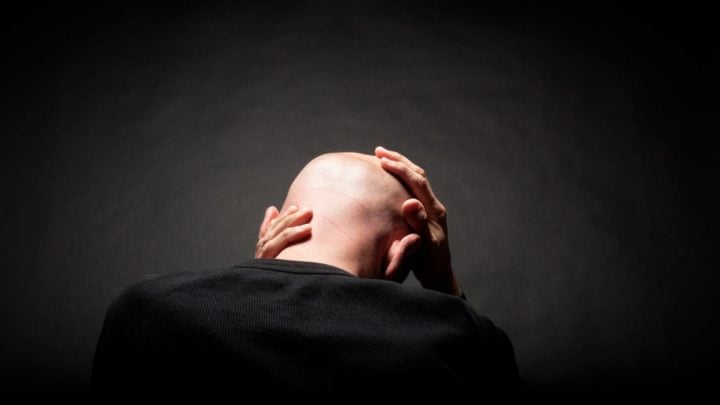 "Go into a supermarket or coffee shop and count the people around you. Divide that number by five. That’s who’s going to have a mental illness this year." Source: Getty Images

I met with Michael in a local coffee shop. He was fresh out of a private hospital in Brisbane’s eastern suburbs — the sort of hospital where you are not allowed safety pins or scissors, and all the door handles slope down, and all the shower heads are built into the wall, and lots of other things like that … I had known him when he was working for various arms of government — over about two decades. He had always been passionate about social justice about fairness. I knew about his passion. I didn’t know about his mental health issues.

Everybody is so polite about mental illness, he says. But go into a supermarket or coffee shop and count the people around you. Divide that number by five. That’s who’s going to have a mental illness this year. Take a moment to think about that statistic. One in five of us. Add to those numbers the families, friends and workplaces that are also going to be affected and the numbers affected start to jump alarmingly. If you live in regional Queensland, then chances are that the statistics are going to be even more frightening. The conversation sends me looking for some understanding — and the figures are sobering. According to the most recent ABS National Health Survey, 3,128 people died in 2017 from intentional self-harm, and 94.2 per cent of them had experienced a mental disorder in the previous year. It’s estimated that as many as 30 people attempt to end their lives for every death — that’s about 65,300 suicide attempts a year.

A decade earlier from this conversation, Michael was diagnosed with moderately severe, treatment-resistant depression and spent the final month in the lead up to this coffee in a psychiatric hospital getting electroconvulsive treatment (ECT) making him a high functioning suicidally inclined individual; getting zapped three times a week. He talks openly and with searing honesty about his breakdown — about the slide that took his marriage, his career.

“I was in a well-paid job, but it didn’t have any purpose that I could relate to, which meant I never had a sense of achieving anything worthwhile, and I was dishonest to myself about the work I was doing and about the deteriorating condition of my marriage. When things are bad for me, the last thing I need to do is to throw in the added complexity of feeling guilty for having a mental illness,” he says.

“I don’t know how people who went through what I experienced survive with the added stress of immediate financial problems. A lot of them don’t survive, I guess. I can’t recall vast swags of that year — for example, I’ve never been able to recall who moved out of the family home first, my ex-wife or me. My psychiatrist tells me that it is common not to be able to lay down long-term memories when you’re in the pits of depression. My guess, looking back, it all seemed like a crazy roller coaster.”

The conversation is secure, free flowing and inevitably, the attempted overdose rises to the surface.

“I think suicide is the ultimate in selfish acts. I’d only ever tried an OD once before — won’t do it again. Leaves too much emotional wreckage for the kids. Other attempts were death by vehicle accident … walkout in front of high-speed vehicles … tried, but all that generated was lots of abusive language and swerving vehicles. Some people plan it, write letters or make elaborate plans. I just gave in to it. Life was too hard at that moment. Or maybe too meaningless. Or maybe too confusing. I just wanted the fight to live to stop. When things are at their worst for me, the world around me seems shrouded in a pea-soup fog.

“I can still recall the first time I emerged from this world of shade and shapelessness. I was sitting on the back verandah, trying to write I think, and suddenly it was like a sharp hit of reality. I could see things clearly, I could feel emotion, I could think. I was human again. But then the mist descended again, only to lift a few days later, this time for a bit longer. And then over a month or so reality returned to me. Sometimes the mist returns, but it’s ok, I know that it will pass.”

Why would any person seek to take their own life?

“I think that the answer is that no sensible person would. It is an incredibly selfish thing to do. So at the point of attempted suicide, I’ve never been thinking or feeling anything — life seems meaningless. Afterwards, things are different. Waking up a day and a half later with tubes in your lungs so that a machine can keep you breathing is really uncomfortable, then finding out that you’re in an intensive care unit 800 kilometres from home just made me feel really stupid — these people have better things to do than look after a guy in his 60s who tried to top himself. And then it strikes home, the pain and suffering that I’d caused my sons, and through them their partners. But at the moment of attempt, there is nothing. A blank. For me, it wasn’t a premeditated thing, although I’d been thinking about it for a for weeks beforehand. (Note from Michael: next time do something proactive once the frequency of thinking of suicide goes beyond a few times a day for more than a week.)

“The hospital had given me a card with numbers to ring after my last attempt. I rang one, it rang out, rang Lifeline and got Muzak … ‘we value your call and will be with you soon’. I left my phone in the lounge room, on speaker, and went into the kitchen to take another Stilnox to see if I’d sleep. Took it. Thought f*** this, took them all, took all the Valium. I wandered back into the lounge room and the phone had the Lifeline person talking. We chatted for about 30 seconds, maybe longer, and he asked if I’d taken anything … yes … [I must have been off my face by this stage]. Where did I live … Charleville … must have given my address because a couple of minutes later there was flashing lights outside — police and ambulance. The ambulance and police are only a few minutes away … It all happened fast.

“You’re typically in a psych hospital for a longish time. If it’s your first time there, then chances are probably more likely that you are keeping it a secret. I was talking to a woman about my age, and she was flustered over what excuse she was going to use to turn down a dinner invite. I suggested telling the truth, she wasn’t inclined because of how people would react, so that fear exists for some people.

“Nobody would ever say that they’re proud of taking a vast amount of brain drugs, getting ECT or attempting suicide — but I’ve done all that, on a few occasions, and I’m proud to be the person who I am, despite the s*** that goes on in my head,” Michael says.

“Since then I’ve slowly set out to test the limits of what I can do. Which is how I ended up with Out From The Mist — something that is full of meaning, that lets me feel like I’m making a worthwhile contribution to society, that I enjoy and that I can structure around my unreliability when it comes to managing workload commitments. Out From the Mist is a photo competition that will disrupt those stereotypes. Run by the Mental Illness Fellowship of Australia, Out from the Mist will feature authentic photos by people with mental illness and those close to them. We launched on July 1, close September 14 and exhibit in Brisbane in Mental Health Week. We will showcase photos — some will be sad and painful because that’s the nature of the mental illness. Others will be proud and strong because we have a lot to be proud about. Photos tell authentic, nuanced stories, showcase our talent, create pride in who we are.”

There we are in a little Brisbane coffee shop and Michael is back from the hospital where you are not allowed safety pins, or scissors and all the door handles slope down, and all the shower heads are built into the wall, and lots of other things like that. But there is determination and strength, pride even in the conversation. You can see him doing the pitch: “Hello, I’m the creative director for the competition that tells the stories of the mentally, not just the front page splash of the ‘superstar-hero who reveals all’, or the ‘down-and-out no-hoper … The majority of us are ordinary people. I have moderately severe, treatment-resistant depression, and spent the final month in the lead up to this competition in a psychiatric hospital getting ECT — a high functioning suicidally inclined individual; getting zapped three times a week. Not sure where I fit in in the stereotypes …”

There are many stories to tell, those with a mental health condition, and families, friends and peers and every now and then we get the chance to change the world we live in, perhaps only slightly, but enough to make a difference to someone else’s life. Give us a hand to do this.

Do you or does a loved one struggle with a mental health issue?