‘A perfect wife and an ideal home, I couldn’t ask for more out of life’ 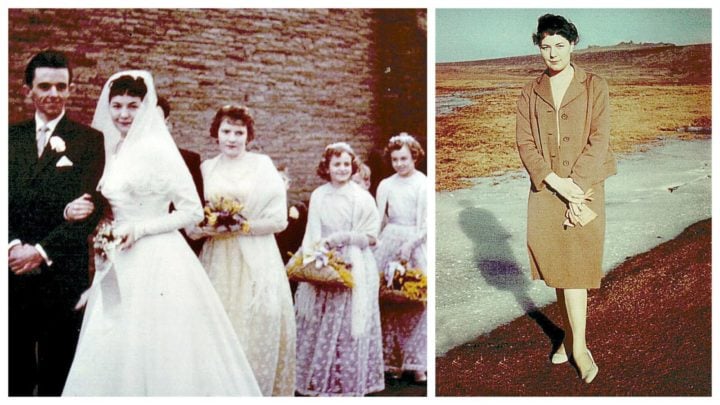 One of the memories that has stuck with me, even after 60 years of marriage, is the actual day of our wedding and the great few days that followed. Well, they would, wouldn’t they, being the most memorable thing that had happened to me in all of my 23 years! Plus, I had been lucky enough to find a real good’un to be my bride, beautiful, clever, as eager as me to go travelling the world, with a happy-go-lucky nature as well. I knew before that historic day even began that I was a very lucky young man!

Our marriage took place at Christchurch, Downend, a suburb of Bristol, on a cold Saturday afternoon at the very end of January, 1959. We already knew that we were going to New Zealand a few weeks later and consequently a large party of our friends and our families turned up, both to take part and to say goodbye to us and wish us well on the impending trip, and with life afterwards. Jacqui looked gorgeous in a lovely off-white gown, though goodness knows how she felt underneath it in that cold weather; and I wore a snazzy Italian suit I bought for the sole purpose of the ceremony, narrow lapels, tight trousers, all in a dark stripe – great!

After the ceremony everyone made their way to The Horseshoe Inn which, as the name implies, was one of Downend’s local pubs, run by ex-England rugby player, Don Burland. He and his staff had set up their events room beautifully for us – meeting Jacqui’s specifications – and we all had a great afternoon of speeches, dancing and fun. Eventually the time came for Jacqui and me to head off for a short honeymoon (only about three days, but in a few weeks we were about to travel by sea to New Zealand and we looked on that as our real honeymoon). I had hired a Nash Metropolitan for the few days we were away, a small two seater sports car that was just the right vehicle for such a trip, and we headed for Paradise!

‘Paradise’ was a motel, a few miles south of Bristol, and the only reason we stayed there was so that, for the rest of our lives we could, quite genuinely, tell anyone who wanted to listen, that on the first night of our marriage, we went to Paradise! Silly, the ideas you get when you’re young, aren’t they?

We went down into Devon for the few days we were away, a part of the world I knew well, having spent quite a few holidays and my National Service there; a pretty part of the country, especially in the summer when all the country’s holidaymakers gather there, and still quite nice, even in January, except for the cold. There’s a photo of Jacqui on Dartmoor, standing beside a stream that you can clearly see is frozen solid, to prove what it was like, not that we noticed the cold, we were too wrapped up in each other at that time.

It was on that trip, while staying in a motel near Exeter, that we first started our association with wine! Not just wine either – we had a half bottle of Moët & Chandon champagne with our dinner and we felt so sophisticated! I’m glad to say we have come a long way from that bottle, but Jacqui’s favorite drink is still champagne, whether because of that first experience or not I have no idea.

An enormous amount of water has flowed under the bridge in the 60 years from that first experience we had of each other, but here we are, still together, occasionally rowing – just as occasionally making up again, but above all enjoying the life we have been fortunate to have together. We never made the fortune I had been hoping for (unless Tatts comes good at this late date) and I’m glad to say fame has passed us by, but we have done pretty well all the things we wanted to do, been to wonderful places around the world, made a group of friends, and been lucky enough to finish up in a super little Australian town of about 2,000 souls, nearly every one of them people we now know well. A perfect wife and an ideal home, who could ask for more out of life?

Do you have fond memories of your early married life? Are you happy with where you are today?