From Robie Porter to the Beatles: Remembering the biggest chart hits of 1963 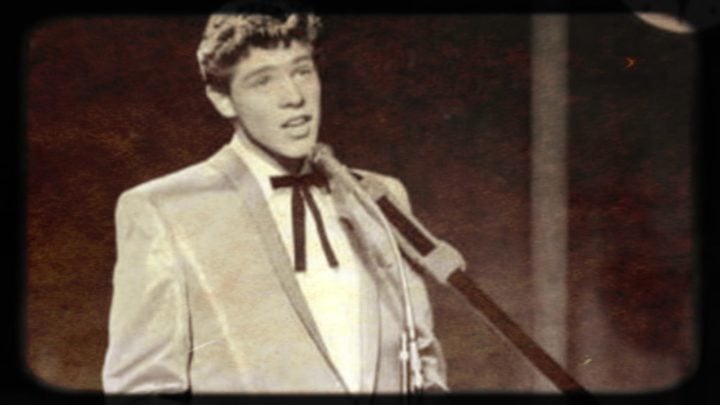 A fresh-faced Rob EG performing on 'Bandstand' in the '60s. Source: YouTube

In June 1963, Australian country and pop-rock musician Robie Porter, performing under the stage name Rob EG, hit the Australian charts with his second big hit single ‘Jezebel’. His first hit, ‘Si Senor’ had been a national number one in 1962. ‘Jezebel’ only got to number two, but his next number one single came in July 1964 with ’55 Days at Peking’.

Porter’s career started in 1959 with a television appearance performing the lap steel guitar instrumental of Santo and Johnny’s big hit ‘Sleep Walk’. It wasn’t long before he was signed to Rex Records and became a regular on Bandstand. Following a car accident in 1961, which resulted in severe spinal injuries, Porter changed his playing style and continued to record. He had four top 10 hits in Australia before he was encouraged to move to the United Kingdom by The Beatles’ manager Brian Epstein.

Known internationally as ‘the Wizard from Oz’, Porter’s attempts to break into the music market in the UK and in the United States were unsuccessful, but he did appear in several television shows and the movie Three before he returned to Australia and took control of the record label Sparmac. He recorded some of his own work and then focused on managing and producing acts like Daddy Cool and Rick Springfield. When he started a new label — Wizard — in 1973 he also signed Hush and Marcia Hines.

Jay Justin was another Aussie singer songwriter in the charts during June ’63. ‘Proud Of You’ was to be Justin’s biggest career hit. His first Australian chart winner was 1961’s ‘Why Don’t You Try’. He was a regular on television shows Bandstand and The Johnny O’Keefe Show.

The late great Buddy Holly was back in the UK charts for the second time in ’63 with the single ‘Bo Diddley’, which came three months after ‘Brown Eyed Handsome Man’.

The first single by Manfred Mann, the instrumental ‘Why Should We Not’, was released in the UK but had little success. They enlisted the help of Paul Pond. Changing his name to Paul Jones he became the vocalist during the group’s heyday. Their hits ‘Do Wah Diddy Diddy’, ‘Hi Lili Hi Lo’, ‘Hubble Bubble Toil and Trouble’, ‘Come Tomorrow’, ‘5-4-3-2-1’, ‘If You’ve Gotta Go, Go Now’, ‘You Gave Me Somebody To Love’ and ‘There’s No Living Without Your Loving’.

The first Beatles single to enter the US charts came in June ’63. A cover of John Lennon and Paul McCartney’s ‘From Me To You’ sung by Del Shannon entered the US Hot 100 chart at number 77.

Though The Beatles were something of a phenomenon in 1963, they weren’t the only group to have hit singles. The Andrews Sisters, The Beverly Sisters, The Chordettes and The McGuire Sisters were just some of the all-girl groups to find success this year. They were part of a new phase of teenage angst, singing adorable songs with lovable lyrics about heartbreak. Five-piece New York-based group known as The Chantels is credited as starting this type tune with their song ‘Maybe’ in 1958, but it was continued by The Shirelles ‘Dedicated To The One I Love’, then Gerry Goffin and Carole King’s ‘Will You Love Me Tomorrow’.

Detroit’s Tamla Motown label produced The Marvelettes ‘Please Mr Postman’ which went to number one in the US. They followed this hit with ‘Don’t Mess With Bill’, ‘Playboy’, ‘When You’re Young and In Love’, ‘Stranger I Know’, ‘Someday, Someway’ and ‘Twistin’ Postman’.

The number one hits in Australia in June 1963

Do you remember these hits from 1963? What was your favourite song from the ’60s?