‘The practical jokes my dad liked to play at school’ 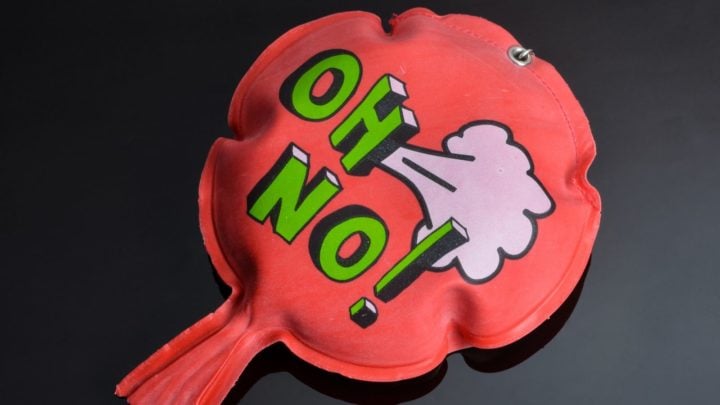 Heather's dad was a bit of a prankster in his youth. Source: Getty Images

Recently I found myself thinking about my dad and it made me miss him terribly. He was born in India and had three brothers. He was the youngest child in the family.

My grandparents were quite social and during the time in which my father grew up it was not uncommon for many parents to spend time socialising away from the home, leaving the upbringing of their children to servants employed at the house. As a young child, my father’s older brother was often found being carried on the hip of one of the servants.

While home one day, my grandmother was watching her sons and wondered why her second oldest wasn’t walking. He would have been about one or two and she found it odd that he wasn’t up and about like his older brother.

She took him to a doctor who assessed him and it was revealed he had polio. Once infected there is no specific treatment for the disease, but there was hope the boy would make a full recovery.

My grandparents put my father and his oldest brother into boarding school. It was in Kurseong, a city in the Darjeeling district of India. The school was run by Christian Brothers and was regarded as one of the best schools in India.

His other two brothers went with my grandparents to England where they hoped to find someone who who could help treat their son with polio. However, there was nothing that could be done and when the family returned to India my father’s brother (my uncle) was wearing callipers. My uncle grew into a bitter man, angry at the disease and how it had affected him.

While my father was at school, the boys and girls were not allowed to mix. The sleeping quarters were kept separate. There was only one shower block though, and the boys would shower and use the bathroom first before cleaning it for the girls.

One time, the boys took a tin of Epsom salts with them and after cleaning the toilet emptied some of the salts in each pan. My father and his friends returned to their dorm and waited … Soon enough, they could hear the screams of the girls in the toilets. The salts reacted with the urine when the girls when to the toilet and caused the salts hiss, which led to the girls thinking there were snakes in the pan. Dad says he was punished severely by the Christian Brothers for that stunt.

When my father moved to Australia some years later it was with his young family. I am one of six children.

I remember in my teen years I went for a drive with my boyfriend (who would become the man I married) to the Blue Mountains. On our return home I needed a toilet break and we had to stop at the side of the road. Running into the bushes, I’d just started my business when a burst of floodlights blinded me and the sound of sirens broke the silence around.

I heard a male voice calling ‘We got one! We got one!’ as I raced back to the car, almost diving into the passenger seat. It turns out we had stumbled onto the land of a boys’ boarding school in the area and they’d played a practical joke on us. Something of a coincidence perhaps…?

What do you remember about your parents? Have you spent time listening to their stories?