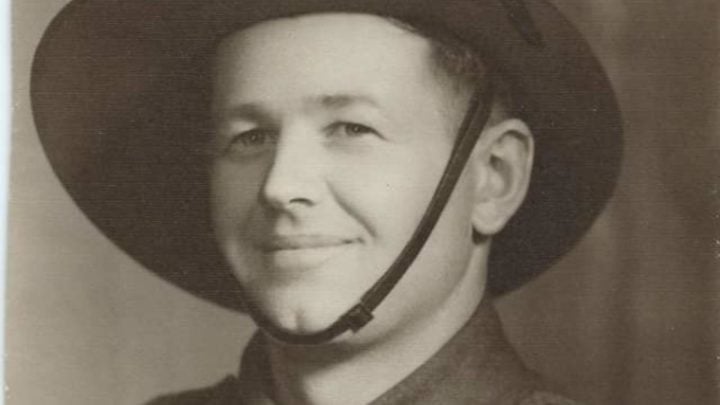 My late-father applied to join the Air Force – air crew – in 1940, it was when the Germans broke through into Holland and Belgium.

At the time, Dad had a farm and had been married for six weeks. Three of his brothers applied to join as well. Two of them were accepted.

Dad was knocked back because farmers were important to the country and if there was no manager to look after the farm, then the farmers had to stay put. Dad was disappointed but continued farming.

When the Japanese came into the war, every eligible man in Australia wanted to sign up to protect our country, Dad included. He arranged for a cousin to caretake the farm and once again applied to join the Air Force.

Two weeks later he was again knocked back, the age of entry was 32 years. Dad was 32 and 3 months.

After training commenced, Dad and a few others were told they would be in the Guerilla Warfare Camp. What this meant he did not quite know, but after training at Wilsons Promontory in Victoria, Australia, Dad was drafted into the engineers division. It all sounded very glamorous, but in fact it meant those in that division had to scout ahead of the infantry, find and destroy landmines and booby traps set by the enemy, as well as laying and setting more booby traps the enemy would not know of. Wire barriers were blown up as well, to make a path for those intrepid soldiers.

After this training it was on to the shipping section. Dad drove a crane and operated a steam winch on the docks. This division was known as the ‘Dirty Dockers’. It was one of the dirtiest jobs. Most of the above training was done around Port Melbourne in Victoria. Heat, steam and oil mixed with sweat made for filthy conditions.

A couple of months later, Dad was sent to Cairns. The unit was then drafted to Papua New Guinea. The trip was on a Dutch vessel, the Kremer. It was a filthy ship, conditions were hot and humid and definitely overcrowded.

The convoy to PNG consisted of 14 ships. A destroyer out front and several corvettes on the flanks.

The trip was rough, huge seas, many down in the hull were terribly seasick and of course the stench of all that was unbearable. Dad stayed on top deck as much as possible.

After going through the archipelago at the tail of PNG, past Samarai (an island and former administrative capital in Milne Bay Province), which had been destroyed by fighting, they finally arrived at Milne Bay. Some of the other ships had broken off and gone to Port Moresby. Milne Bay was a beautiful sight for those who had endured such a rough trip from Australia.

Duties were commenced and after a couple of months, Dad contracted malaria. Some of those who had malaria were shipped back to Australia and others just had to get over it and keep fighting.

Dad was shipped back home. On the way back, he became delirious from the fever and was convinced one of the crew on the hospital ship was going to kill him. He attacked this man and tried to throw him overboard and was then put into the brig for the rest of the trip. Dad was not a violent man so the malaria must have caused him to act like that. He had a number of relapses of malaria over the span of his 81 years.

When the hospital ship docked in Brisbane, the sick and wounded were taken by train to Sydney where they recovered. Dad did not go back to Papua New Guinea, he spent the rest of the war on the docks in Cairns, far north Queensland, loading and unloading supply ships that then went to PNG.

With Anzac Day commemorations, one has to admire all those who made the sacrifices to protect our country.

Did you or a loved one serve in the war? How will you commemorate Anzac Day this year?