Crimes that shook us to the core: ‘A controlling mother, an angry son’ 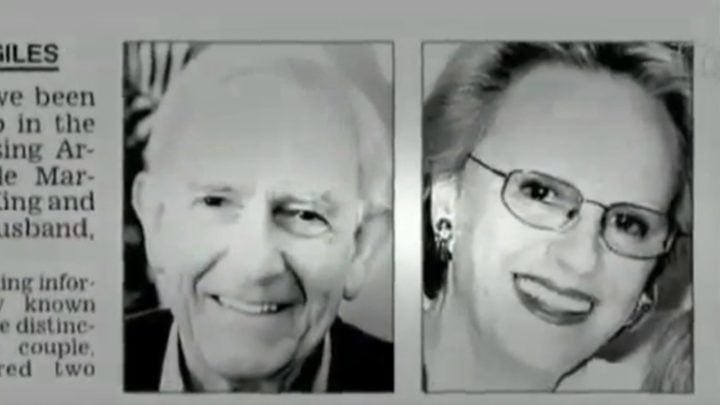 They were a family who wished for nothing — superficially at least — and yet, on closer inspection, flaws became apparent. Eventually, it was the story of the youngest family member growing into a bitter individual who cruelly murdered his mother and stepfather.

Margaret Wales-King and her husband Paul King lived in a million-dollar home in an upmarket Melbourne suburb, Armadale. They moved in the very best circles and played bridge with the elite of society. Mysteriously, on the night of Thursday, April 4, 2002, they disappeared after going to dinner at the home of Margaret’s son and daughter-in-law, Matthew and Maritza Wales.

Margaret and her first husband, Brian Wales, had five children. Brian spent a lot of time away from home as a pilot. A few months after the birth of her youngest, Matthew, Margaret met Paul King. They were destined to become lovers. She and Brian would eventually divorce, with Margaret later marrying Paul. This created a family wound that was never to heal. Matthew, only seven at the time, looked up to Paul but the other siblings had little time for him, considering him weak and subservient to their mother.

Matthew — his IQ barely scraping into the low 80s — struggled through school and in his business life. He met and married Maritza Pizzaro, who emigrated from Chile with her family. He used his return from the sale of a family inheritance property to set Maritza up in her own clothing business, but there were ongoing arguments within the family about money. These all came to a head when another property was to be sold. Proceeds from the sale belonged to the family but Margaret wanted the support of Matthew to have the money invested in her trust fund. Two siblings were for and two were against, so there was a fair amount of pressure on the young brother.

Matthew eventually signed but felt it placed him in an invidious position, one in which he would be forever needing to ask Mum for more money, that he would never manage to establish the financial independence of his siblings. The poison gnawed away at him and Matthew began to formulate a plan. If his mother died, he would have a substantial inheritance.

Margaret and Paul — who had suffered a stroke two years earlier and needed his wife’s care — arrived at Matthew’s and Maritza’s rented Glen Iris townhouse just before 7pm. Margaret parked their silver Mercedes in the driveway. They shared dinner, with no way of knowing it would be their last meal, and that it was laced. Matthew had stolen some blood pressure tablets from his mother-in-law and placed a strong dose in their food, along with crushed paracetamol.

Later, as they made their way to the car, the older couple drugged and unsteady, Matthew took a length of pine timber he’d previously hidden in a hedge beside the driveway, killing them in cold blood. He dragged their bodies to a position inside the property’s front wall and covered them, before driving off in the Mercedes, returning some time later without it.

For two days, he kept the bodies in the garage, but Matthew needed a more permanent solution. He drove to a local service station in his Patrol and hired a trailer, then visited a large hardware chain to buy rope and other items. Placing the bodies in the trailer and covering them, he drove out to an isolated road near Marysville, where he dug a hole and buried them.

The Mercedes was found in a bayside suburb, locked and undamaged, in itself a suspicious matter. Police questioned the family and soon believed the couple’s disappearance was murder, that Matthew was the likely suspect. It all started to come together when two Parks Victoria rangers saw a suspicious mound of earth beside a deserted country road. With the elderly couple’s bodies found, they were a lot closer to solving the dreadful crime.

Maritza was always suspected of involvement, especially by the surviving family. On the night, she claimed to have been upstairs changing the couple’s son and preparing him for bed and knew nothing of the murders until she saw the bodies in the driveway.

Police in the meantime checked back on credit card purchases at a hardware store and a service station, and viewed CCTV footage. It all looked damning, but the detectives still had to be certain every thread connected. Whether Maritza had any involvement was not established, but she gave a statement to the police that sealed her husband’s fate.

Matthew Wales was arrested, tried and convicted of murdering his parents. He was sentenced to 30 years’ jail, with a 24-year non-parole period. Maritza? She got a suspended sentence for perverting the course of justice. Surviving family members remain bitter about it.

Do you remember this murder?