‘I want the right to die with dignity, instead I face the future with dread’ 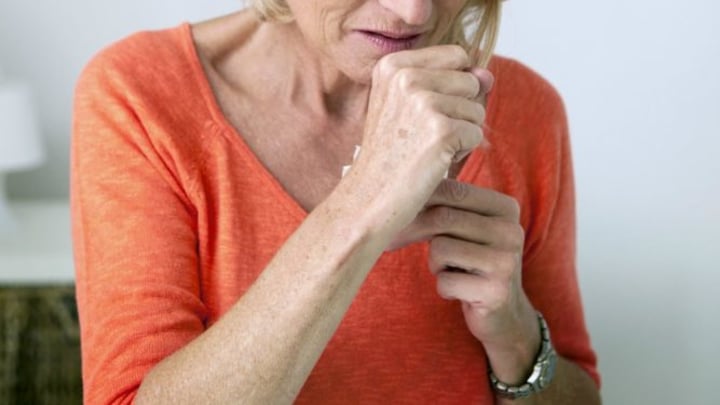 Had it not been for a persistent cough, Barbara may never have known about her cancer. Source: Shutterstock

Well there I was sailing along happily when a trying cough changed my life. It wasn’t the cough itself, but what was found while looking for it’s cause that became the big issue.

“You have a tumour on your pancreas,” said the doctor. “We just caught it on the edge of the scan.”

Apart from the cough I felt fine, how could I have such a dangerous cancer and not know? It certainly has changed everything. I am still not aware of the cancer, surgery and chemotherapy has it cowered but not defeated. It’s the chemotherapy that is my current problem, a range of side effects and the worrying need to modify the treatment to counter them. Without it the tumours will grow and spread.

I started off very optimistic, after all the cancer was caught early, surgery was a success and six months of chemo would kill off any little floaters and I’d be cancer free. For three weeks out of four we took a 2-hour drive to Adelaide, South Australia and home again on Thursdays. I had a drip and went home with my Baxter pump for 24/7 chemo.

False hope it seems as my post-treatment scan revealed. Hearing my oncologist’s voice on the phone late in the evening on the day of my scans was a sign that the news wasn’t going to be good. Six new tumours was the revelation, four in the liver, two in the duodenum. I was still free of any real symptoms.

Now I contemplate my future I heap curses on every politician in the SA Parliament who voted against voluntary euthanasia. It would be so much easier and considerably less scary to make the decision to stop chemo if I knew I could say ‘Enough’ if my levels of pain become too much, instead I face the future with dread. I don’t fear death, but the path that leads me there. I think those who oppose euthanasia are terribly selfish and if their religion forbids it fine that’s their choice but in Australia we have freedom of religion and freedom from religion so their religious doctrine has no place in others’ lives.

I’ve seen others die horrible deaths from cancer and I didn’t want it for them nor do I want it for me. How much more pleasant would it be to name a day and a time, allow others to come and say their goodbyes if they wish. Instead there will probably be that phone call ‘she’s dying’ and those living far away will wonder is there time, or will they arrive too late to say goodbye. It happened when my mother died, a rush trip straight to the airport still saw two of her grandkids arrive too late. If I choose to end my own life I have to chase everyone away as to have anyone nearby might see them accused of assisting me, what an unpleasant end.

I know there are lots of people impacted by cancer and everyone’s story is different but there are elements that are very similar. I guess fear at that first diagnosis is pretty common to us all. Impatience I think is pretty common too as we wait to find out more and hear about treatment plans. Hope that everything goes to plan can lead to joy that it has or sorrow that it hasn’t. Resignation to the new reality that faces you can be confronting. For me it is the limit on travel that I find hardest.

I look back at life and have some regrets. I should have been more selfish at times and worried a bit more about me and a bit less about others. My move to Adelaide from Canberra not long before retirement was both good and bad, but I really did feel I was stuck between a rock and a hard place. I regret the disruption it caused my sons left behind, but it forced responsibility onto them and they are fine men now who I am very proud of.

I’m not about to turn up my toes anytime soon but it is getting pretty apparent that I can’t stick with chemotherapy much longer. Sleepless nights have given me time to be reflective, to look back at a life thoroughly enjoyed, with just enough luck to see us right when things looked a bit grim, and some wonderful friends and family.

To all impacted by cancer you have nothing but my admiration as you fight and my sorrow that it’s touched you at all.

Do you feel someone who is terminally ill should be allowed to die if they choose? Have you lost a loved one to cancer?