‘I’ve been in denial for so long, but now I think I’ve caught Old Age’ 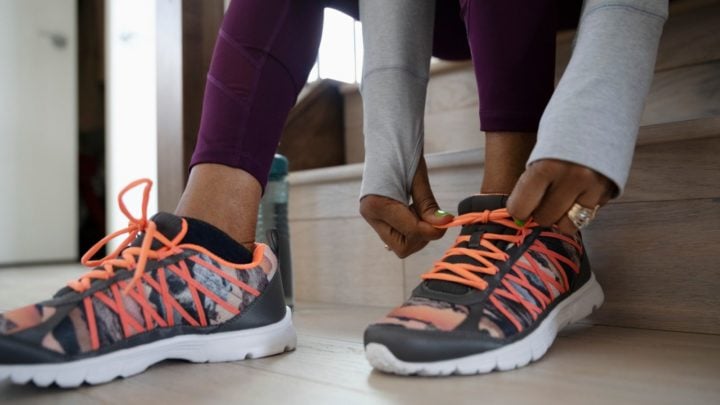 Let's look at the pros and cons of getting older, says Michael. Source: Stock Photo/Getty Images

One of the things that concern us as we age is the number of times we find things going wrong with us. One week we get over a cold only to discover a pain in some part of our body that wasn’t there before and therefore gives us reason to be concerned. There is a multitude of writing about the ageing process and each of us has a story unique to us.

It’s reasonable to think we would be in denial as long as we can. We exercise, we eat what we hope is right for us, we take our meds and we keep as positive an outlook on life as we can.

What follows is a conversation I had recently with a friend, with an added writers’ licence, about the realisation of how ageing was impacting on her.

“What makes you say that? I asked.

“Well, things are happening. I’ve been in denial so long, but in the last few days I noticed things.”

“Yesterday I went down to the corner to catch the bus. Usually, it’s only a few minutes. As I got near the corner, the bus pulled up. I set off in a jog to catch it, but my legs wouldn’t work. I was still 20 metres away when it pulled out.”

She sat there looking very despondent.

“I mean you are over 60, it was going to happen sooner rather than later,” I said trying to be helpful.

“Yes, but to other people. You know I’ve started puffing coming up the stairs? Who’d a thought after going up and down for so many years I’d start puffing on them? To make matters worse, I tripped on the second one, had to reach out and stop myself coming a right buster on them.”

“Well, it could have been worse.”

“Well, you might have tripped going down and that might have spelt a greater disaster. You could have broken a leg, a hip, and at our age, the healing process is a whole lot slower.”

She sat on the lounge, her face like that of a wet week.

At last, she drew in a huge breath and said: “I’ve caught Old Age, haven’t I?”

“It’s not that you’ve caught it, it’s more that your age has caught up to you. You can’t be the ball of energy you’ve always been. Our bodies can’t keep it up forever as much as we’d like to. It’s time to slow down.”

“Oh poppycock!” she exclaimed and getting up went inside coming out a few minutes later with her walking gear on, joggers at the ready. “I’m off on a walk, expect me when you see me.”

With that, she was out the door and off. She enjoyed walking, and I hoped a walk might lift her mood.

A little later she returned and I noticed she had drunk more than half of her water bottle.

“Thirsty out this morning?” I asked.

With that, she sat down and took off her joggers. “I couldn’t get up the hill like I used to, you know.”

It was a statement more than anything else but well within the context of our earlier conversation.

“We aren’t spring chickens anymore, you and I, but we are still here,” I offered and sitting down beside her took her hand, which she gratefully accepted.

What are some of the pros (and/or cons) of getting older in your opinion?