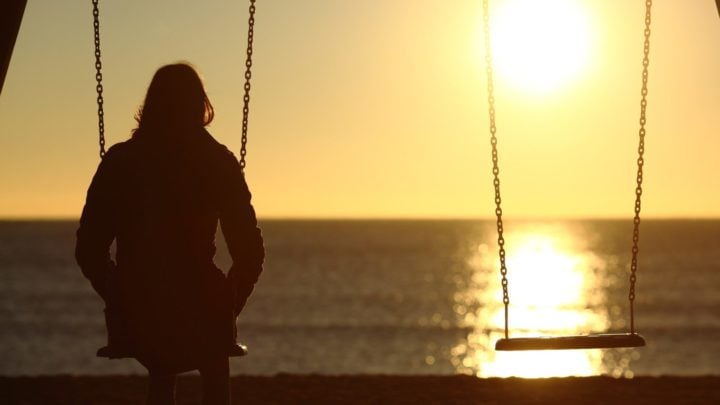 This writer found it difficult to mourn her mother after they'd had such a difficult relationship over the years. Source: Getty Images

For a long time I’ve had almost no contact with my family. I made the decision it was better to have them out of my life than in it. Some years ago, I received a call from the only sister I still had anything to do with. She’d called to let me know our mother had suffered a stroke. She was blind and she was not expected to recover.

With my mother supposedly on her deathbed, I decided I should try and mend bridges before she died. I’d started a new job and had only been there four months at this point, however I had a good relationship with my manager and called her immediately to talk about the situation. My manager was very accommodating and agreed to cover my appointments for the week.

My husband and I arranged for me and one of my sons to travel by plane and then bus to get to my mother in hospital. We didn’t have enough money for accommodation, but my sister welcomed us into her two-bedroom unit.

My son had a special place in his heart for his nana and I felt it was important for him to make the journey with me. My sister met us at the bus terminal and took us straight to the hospital. On the way there my sister updated me on my mother’s condition; she’d regained sight in one eye. I think my sister hoped that our arrival would be a positive reunion for the family and we would be brought back together, but I had doubts.

“What the bloody hell are you doing here?!” my mother said when she saw me and her grandson walk into her room at the hospital. “I’m not dead yet.”

Another of my sisters was seated by my mother’s bed and she left the room without acknowledging either us. When she returned she informed the room that my younger sister (who lived interstate) had been contacted and was making arrangements to come. I later learned that my younger sister had said she was “too busy” to see our mother but that changed when she knew I was there.

I started to question ever coming to visit. My mother and I had a difficult relationship. She had often told me while I was growing up that she wished I’d never been born. I’m not sure what I had ever done to deserve this hatred from her.

We left the hospital that day and returned to my sister’s house. Later, we received a call that my mother was well enough to be transferred to the nursing home where she resided. She had her own room and ensuite there and could even do her own cooking, so she didn’t need to interact with the other residents.

We went to visit her in the nursing home the following day. My other sister had arrived from interstate by that time. My mother was quite happy and was playing up to the gallery until we arrived.

It turns out she’d told the staff at the home that I’d died when I was a little girl. It was quite a surprise then when I entered the room. There on the walls were photographs of my siblings and there were also photographs of my children, though I’m not sure who she would have said they were given her earlier stories about me. My mother didn’t have dementia, she was just mean and nasty.

When my son asked about the photos and why there weren’t any of me, my mother tried to ignore him. When he persisted she yelled, “Because she’s dead to me!” There was silence. In that moment we left and did not return.

It was eight years after that stroke that my mother passed away. I didn’t attend the service, but my son did. I still don’t have any contact with my siblings. Time doesn’t heal all wounds.

Have you ever had to grieve someone you didn't like or had a difficult relationship with? How have you healed when a parent has died?