‘I experienced my first Brazilian wax at 63’ 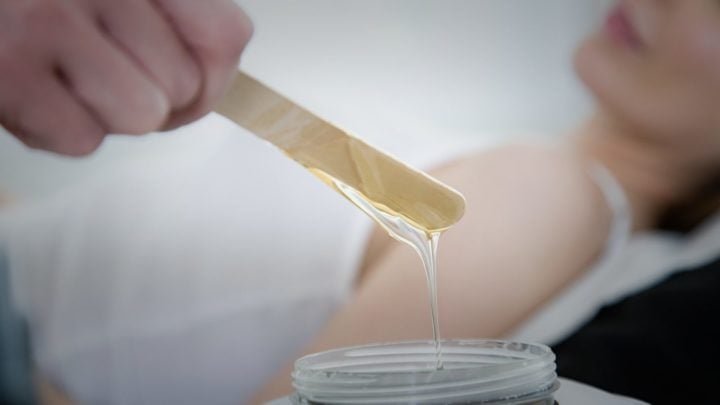 Not one to shy away from a dare, this writer acquainted herself with the Brazilian wax. Source: Getty Images

As a child, I was my mother’s worst nightmare. My two sisters always kept their bows in their hair and arrived home from school with their dresses almost as neat as when they had left in the morning. On the other hand, I would always lose the bow and often my dress would be torn or at least badly soiled from tree climbing episodes and scuffles with my friends. I don’t know why she persisted to dress me this way when the outcome was always the same. I begged her to allow me to wear long pants, but she found them so unladylike. Who wants to be ladylike when you are 10 years old?

She tried valiantly to tame me, even sending me to elocution lessons at the age of 12. I actually enjoyed reciting the poems and pieces of prose my teacher would get me to learn. Always the dramatist, I would pour my heart and soul into renditions of ‘The Happy Prince’ and other such tear-jerking ditties. However, I never did acquire the modulated tones that may have satisfied my mother.

In my teens, my best friend became besotted with film stars of the era and encouraged me to join her in a collection of photos from magazines. I was rather taken with Veronica Lake who had the most beautiful hair, which fell over her face in a most becoming way. One glance in the mirror made it obvious that Veronica and I had little in common. My mother had given up on me by this stage and cut my hair in a very unbecoming pudding bowl style. All valiant attempts to fashion this haircut into a more becoming style were unsuccessful. The only way it would stay in place was when I slicked it down with soap. The singular outcome of this practice was a bad case of dandruff. I also never achieved Veronica’s long eyelashes. I read somewhere that if you cut your eye lashes off, they would grow back long and luxurious. Whoever wrote that lied — when I tried it, my lashes took a year to grow back and were just as short and stubby as ever.

What has this to do with my adventure with the Brazilian wax? I guess after I gave up on trying to emulate Veronica Lake, I became a bit blasé — even ignorant about beauty procedures, sticking to the bare essentials. At the age of 63, I was single and managing a business training college. One afternoon I asked my fabulous personal assistant if she would stay back so we could finish something. She declined saying she had an appointment with a Brazilian. I asked her where she had met him, and she fell about laughing. Her laughter brought several others into our office. They set about educating me about the technicalities of experiencing the Brazilian wax. As my mouth hung open, I tried to find out why they would undergo such a procedure. I don’t think I ever received a satisfactory answer. They then dared me to go and experience it for myself. I’m a sucker for a dare, so that is what I did.

I couldn’t believe there were practitioners who were willing to diligently remove every visible piece of hair from the pubic area, including the buttock area, even resorting to tweezers if a few rogue hairs resisted removal by wax, their lovely faces leaning down to get a better view.

As humiliating as that was, it was nothing to the reception I received the next day as I arrived at work. One of my younger male colleagues was the first one to ask me how it went. The news that Lyn Traill was having her first Brazilian at 63 spread like wildfire through the office, and they all found it most amusing.

I met the love of my life a few months later and I must admit that, even though he thought it was hilarious, he was quite happy for me to never again undergo the indignity of the Brazilian wax.

What's something you experienced later in life? Have you ever taken up a dare?