‘Retirement allows you to prepare for a domestic revolution’ 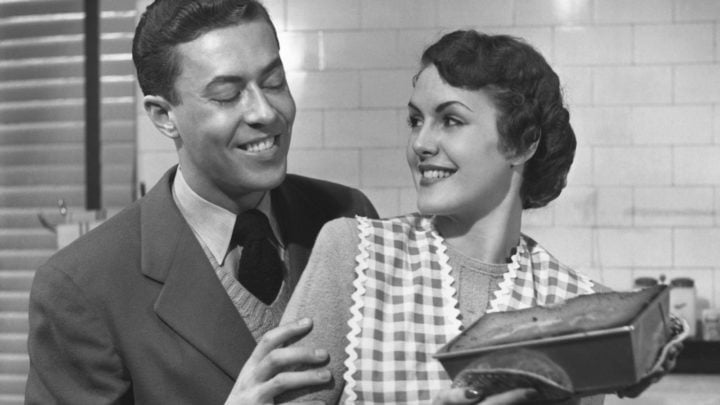 As a 60-something, you’ll no doubt have seen major changes in the workforce during your career. When we started working, men did certain jobs and women did a range of different jobs and there wasn’t much flexibility in the system.

We all know those days are well and truly in the last century, but have the changes that swept through the workforce also swept through our domestic arrangements? I still hear stories about men who can’t cook an egg and women who believe lawnmowers start by magic. (I also know good male cooks and very competent female engineers.)

Retirement gives us the opportunity to review the traditional domestic job allocations that we had during our working lives and try to find a fairer division of labour. Men who continue to insist that their partners do all the cooking, cleaning, washing and shopping while they no longer go to work are risking an early death by murder, or at least a very strained relationship.

Apart from reallocating domestic tasks in retirement so that they are shared more equitably, there’s another good reason to learn the tasks that your partner has been doing. At some stage, one of you won’t be around, or won’t be capable and the other one will possibly have to manage all the domestics.

At the risk of starting a revolution in your home, could I suggest that you and your partner swap your domestic responsibilities for the next six months. Surely it makes good sense to know how your partner manages the family finances, or the cooking, or starting the lawnmower.

It would certainly be easier to learn the tasks that your partner has done for years while he or she is still around to explain the finer points. We know from neuroscience that it’s good for our brains to learn new skills and it’s less boring doing domestic chores if there’s a mental challenge in learning how to do something that’s new and different.

We have published four books which cover many of the issues that most people need to manage in their 50s, 60s and 70s. These books are all available on our website at www.retirementbooks.com.au. You’ll also find lots of useful information on the site.

Is there an even share of housework being done by those in your household? Have you had to learn new skills in retirement?