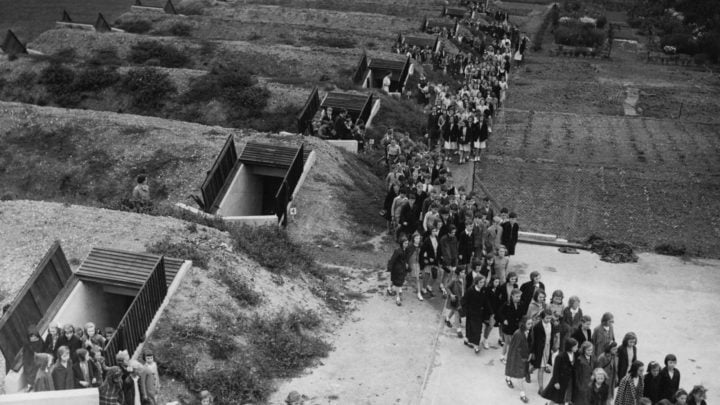 Have you ever wondered who you really are? I find myself contemplating this question a lot. My life has been long, I now have more years behind me than I have before me. Like many, there have been changes and new paths along the way so when and where along those paths was the ‘real’ me?

I was the third child in a family of six children, and grew up during World War II in England. I knew the meaning of fear, and lost many friends and neighbours in the bombing. I knew poverty and tears, experiencing a helplessness beyond words, because I could do nothing to change anything. Could this be the first ‘me’, a lost child? The answer came when I started writing my stories. I kept a diary and wrote of the daily happenings. That soon changed to creating my own world in words.

My school years were far apart from what is considered an education today. From this emerged a young girl determined to escape from the ‘walls of imprisonment’ the war had held me within.

My father was already in the army when war was declared, so we were used to him being away. It was on his last leave home from France that I remember him presenting me with the most beautiful thing I had ever seen, a gold cross on a chain. I could not understand why my mother put it away until I was old enough to take more care of it. He had come laden with gifts for all of us six children.

That cross became precious to me. I answered the door the day the telegram was delivered. I heard my mother crying, and knew it had been bad news, but all my questions were brushed aside. We accepted an adult’s words in those days, so it was not until I was helping my mother with the shopping that I first heard the words, ‘Missing in action, believed dead’. When a friend of mother’s stopped her to say how sorry she was to hear about Alec. In her grief Mum forgot I was there saying Dad had been at Dunkirk.

Those words gave me a cold chill inside, I knew fear for the first time, and I cried because I knew something had happened to my father, while not understanding what it was. Mother gripped my hand as she became aware of me beside her and as she comforted me she made me promise I would not tell my younger sisters and brother. I listened and tried to understand that ‘missing, believed dead’ was the way the army had to do it until they had real proof of death. She explained tearfully that proof could come at anytime.

I kept my promise to my mother, never telling the younger members of the family, suddenly feeling much older. Crying in my bed about three months later, because there had been no word from the army, Mum came into my bedroom without speaking she handed me the gold cross my father had bought for me. That was the first time I knew what it was to really pray, as I lay alone in my bed that night I just knew my father had to be alive.

Twelve months after that awful telegram came the news that Dad was alive, and in a prisoner of war camp in Germany. He had been on the beach, one of a gun crew, when they were hit by shells. All his mates had been killed, Dad’s identity disc lost, and he suffered amnesia for a long time. He was to remain a prisoner for the rest of the war, but he was alive, and to his little girl back home that was all that mattered. To me my faith in my cross had saved my Dad and I believed I had reached him through it, bringing him back to me. My mother sent him my photograph to help him get his memory back, because I did not want him to forget me. He carried that photograph with him throughout the war and brought it home with him. It still has the prison camp mark on the back (Stalag XXB).

War became part of our lives; the air raid warnings and the Observer Corp spotters warning, which told us the enemy planes were overhead soon lost their fear, and it became a game to brave it out. We only went down into the shelters if we were made to go and used to stand to watch the planes above us being shot at, shouting encouragement to our pilots to kill the enemy. Carrying a gas mask to school became as natural as carrying our satchel. Gas mask drills as common as fire drills.

There was an old railway carriage at the fire station that was converted for use as a gas mask testing station, we all had to wait outside for our turn, file inside, put on our gas masks and tear gas was released to test for leaks. We were scared even though we had been told it was harmless. Before they would open the door we had to remove our masks, there was a sharp stinging sensation, and our eyes watered badly. We were told it was a harmless form of gas. It was fun when we were pulled through a long dark tunnel, lying flat on a low trolley, this was a means of rescue, and by training us we would know what to do, and not hamper any rescues we may have to be involved in.

We could not leave for school if there was a raid on and if the siren went as we were on our way we were told to run as fast as we could to get to the school shelters as quickly as possible. If there were any planes overhead, we had to run to the nearest house for cover. I never once did so, wanting to see the enemy that had caught my father shot down in flames as often as I could. There was no fear, or realisation, of the danger.

The sirens went one afternoon, and the primary school teacher hurried us all into the shelters, forms were placed down each side of the shelter, and we all sat facing each other. Soon we heard the spotters warning and the planes were overhead. We could hear the guns and the shells exploding. The teacher got us all singing, so we would not be frightened. There was a big explosion close by, and the teacher ordered us under the forms. We lost no time in obeying her order. Everyone was scared, some children were crying, as we all squeezed under the forms.

Our teacher was a very large lady and it looked so funny as she tried to get under with us, that we started to laugh. Because of our reaction she exaggerated her movements, squirming and wriggling to make us laugh some more. For a while we forgot the frightening things going on outside at the sight of our big fat teacher stuck fast in a most unladylike situation. Her name was Miss Willis. It was thanks to her and the headmistress, Miss Adams, that all the children in that school were saved when the school took a direct hit in a raid a few months later. By then I had gone on to high school, but my younger sister and my brother were among those saved.

One day my friends and I decided to go to our gang’s secret den we had built in a gnarled old tree in a field by the river. The field was a children’s paradise with lots of abandoned materials of an unfinished bridge scattered everywhere — piles of sand and ballast, and some V-shaped girders. We changed into our swimsuits in our tree, then, plunged into the river with the boys, some of whom were not so modest. After our swim we decided to play in the sand among the girders instead of sunbathing on the top of the unfinished bridge; that decision was to save our lives.

We ignored the air raid warning, and when the spotters warning went immediately after we could already see the enemy planes overhead. We ran for cover, but even as we did a German plane dived toward us. We threw ourselves down on the ground as the German pilot opened fire with his machine guns. Bullets ripped into the ground around us as we fell. Somehow no one was hurt, but all six of us were very frightened, my young brother started to cry.

The two older boys Maurice and Charlie took charge and ordered us to turn over the V-shaped girder and get underneath. Bullets struck our makeshift shelter. We were petrified with fear, and huddled together. I was trembling as I held my young brother tightly in my arms. Maurice reached over and held my hand, reassuring me we would be all right. After the third hail of bullets had hit our shelter, we heard the sound of another plane, it had a different sound than the German plane, although we could still hear machine gun fire, no more bullets struck our shelter.

The spitfire was on the German’s tail. We shouted and screamed encouragement, but fell strangely silent when smoke and flames belched out from the German plane. I felt an immense sense of relief when the pilots parachute opened, and he drifted slowly down.

We ran to where he landed which was not very far from us. The German was unconscious and covered in blood. Soldiers with fixed bayonets appeared, one took my brother from my arms, and put a comforting arm around my shoulders, he asked me if I was all right. I could not answer. I was looking at the face of the German pilot. The soldiers were lifting him onto the back of the jeep when he regained consciousness and our eyes met. He had tried to kill me, my little brother and my friends, yet I felt no hatred. He could not have been many years older than we were. For as long as I live I will remember that day; the day I lost my childhood.

Have you considered how your childhood has influenced the person you are today? Did you grow up in the war time?