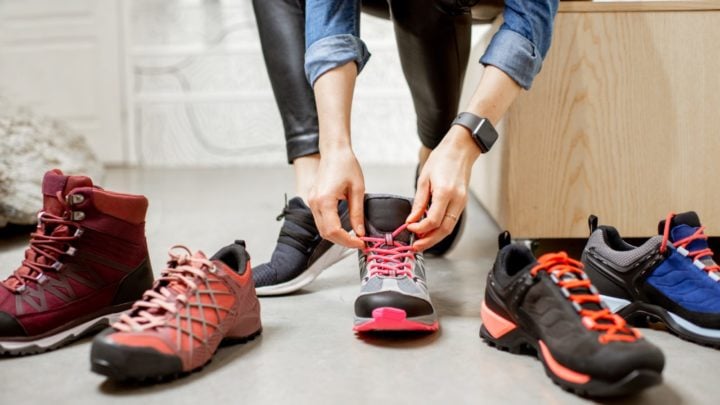 Knee pain can be debilitating. It is an absolute bugger if you happen to suffer from it. I consider the knees are one part of the body that can be likened to being a necessary evil, much like a phone. I need my knees and my phone and there has been many times when I have cursed them both to hell.

So many people experience knee problems. My knees took quite a beating in my younger years when I was playing netball.

About 12 months ago both my knees decided to throw in the towel. In a never-ending effort to gain a degree of relief I have tried every lotion, potion and cream available on the market. I’ve also purchased supports for my knees in as many makes, models and colours as I can. Some have magnets for extra support. My doctor recently told me it was time to give knee reconstructions some serious thought.

My turning point was when I saw former Australian rugby league player Paul Harragon in a television commercial discussing his knee pain. He said he was also advised by his doctor to consider reconstructive surgery on his knees. However, his knee pain disappeared when he started wearing shoes that fit correctly.

Listening to him make such a profound statement I thought ‘Rubbish!’ … Had resolving my knee pain been that simple I’m sure my doctor would have suggested visiting a podiatrist or shoe specialist.

The fact my doctor hadn’t played on my mind for a couple of days and I realised I had not treated my feet with respect for quite some time. I always chose fashionable shoes over sensible ones, so I gave myself a stern talking to and set about getting shoes that could help. I had nothing to lose. I had three pair of excellent walking shoes they all had arch support and a firm hold on my foot. I was good to go.

The first day I was sceptical. I kept expecting my knees to fail. However, I have to admit that I was walking freely and with a minimal amount of pain in my knees. It was incredible!

I have now been wearing my shoes for three months and am experiencing no pain at all in my knees. My doctor says the shoes have had a ‘placebo effect’ and that I will still require knee reconstructions at some point. I’m disappointed that he is so closed-minded. Some doctors believe only medication or surgery can be the solution to all problems.

I’m glad I took the opportunity to explore this avenue first. It’s done wonders for my knees and for my hip pocket!

Do you suffer from knee pain? Have you neede surgery to correct it?