‘Grandmas know best and we should listen to them more’ 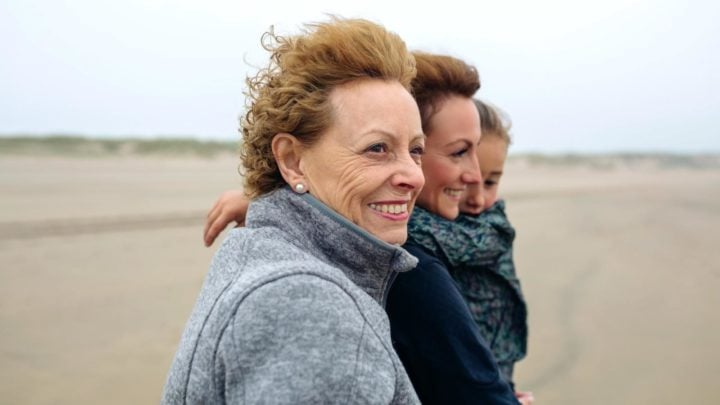 Grandmas know best! I was listening to a friend some months ago discussing why women, who are half the planet’s population, never seem to have a say in the way systems are run in the world. Even today, in the 21st century. My friend — a capable, calm and efficient retired nurse, a long-time mother and grandma — was talking specifically about the church. But this complaint can apply equally to other pillars of our society, such as politics, the media, the finance sector, the mining industry and the munitions industry.

We are supposed to be living in a land of equal opportunity. There are notable trail blazers for younger women. Good for them. I can extrapolate from this, to imagine if the whole planet was run by a global sisterhood of grandmas. The meals would be cooked on time, grandchildren’s homework would be done on time – and correctly. Grandchildren would be respectful, courteous, literate and hi-tech savvy. Furthermore, all men would celebrate International Women’s Day on a daily basis, showing respect and appreciation for their women who are mothers and grandmothers of their offspring.

Even better, I can envisage how the world would be so peaceful, if the global grandmas, a sisterhood of senior women, were the presidents and prime ministers of every nation on Earth. World politics would be calm, efficient and effective, for the greater good. There would be no more armed conflicts run by old males. No more soldier sons and daughters coming home in body bags, or maimed by land mines. No more civilians bombed for breakfast, the most damaged in any war.

Every now and again, the global grandmas might have a witch fest over some incident. Would not last too long. For example, Italy would have a hissy fit over Lebanon or England, say to Australia, “Look what she’s wearing. Her legs are too fat!” The nations concerned would turn their backs on each other for a short while. Then Lebanon might borrow a recipe for chocolate mud cake, want to know which school to send little Mohammed, and it would blow over, and all would be forgiven. The global grandmas would resume governing a planet of peace.

How are global grandmas going to achieve this? Maybe not in our lifetime, maybe in a hundred years’ time. As grandmas are the educators of the future, we must raise the granddaughters to be people of self-esteem, to seek ways not to be shackled by society’s expectations of ‘little women’ and ‘good girls’. Maybe one day, these millennial girls will be grandmas who also represent equal opportunity in governing the systems of the world. Calm, capable and efficient. The sooner the better. Grandmas know best!

Are you a grandmother?