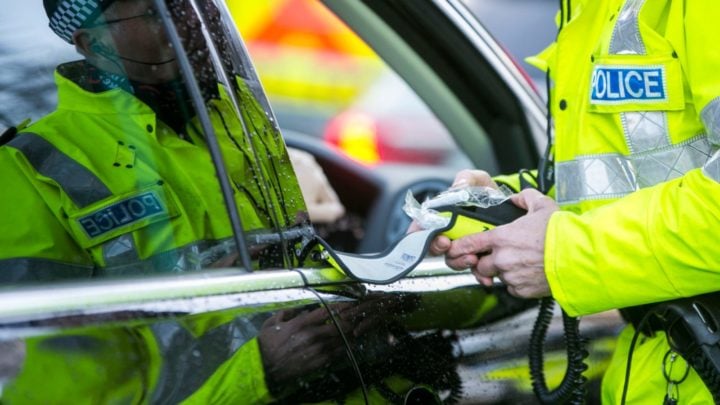 Kel is tired of hearing about dangerous drivers on our roads and says it will take serious intervention to stop the issue. Source: Getty Images

Seems to be that each and every day I read reports of people who shouldn’t be driving on our roads. Drivers are either pulled over for a random breath test (RBT), or after a pursuit for not complying with the road rules.

When the police check everything — which they do as a matter of course — what do they find? The driver is often unlicensed!

A multiple, repeat offender. The driver’s licence has already been suspended for numerous prior offences. Either that or they’ve never had a licence!

There are occasionally warrants for arrest. The car is most often defective, stolen (with fake or stolen number plates) or unregistered. There is no insurance.

Drivers are found to be under the influence of alcohol and/or drugs. With the latter, the addition of finding drug-related implements hidden in the car is a bonus for the police officer.

Sometimes there are weapons or large amounts of cash in the car. Sometimes the driver is in possession of goods suspected of being stolen from either a burglary or shoplifting offence.

I’m astounded by the number of people pulled up with unrestrained children or pets on the back seat.

I have to ask myself why these people run the risk of getting caught by driving in a manner that gets the attention of the police force on patrol. One would think that if you were doing something illegal either in or with your car, you’d try and blend in with the thousands of seemingly non-offending drivers, which would reduce your risk of getting caught. But maybe that’s too simplistic of me.

I sometimes think that when God was handing out brains, these people were at the very end of the link and the brain they ended up with had a ‘Use By’ date.

From what I’ve learned, the penalties that get imposed on these drongos (excluding time in prison) include a loss of licence (useless if there is no licence to lose), a hefty fine (which can only be administered if the offender’s address is in the system and they appear in court), a loss of vehicle (again, useless if stolen or not the driver’s to begin with), and the list of useless inconveniences goes on …

I’ve come up with an idea though, and it might sound a little bit ‘out there’, but drug therapy and hypnosis has been used to help alcoholics, drug users and those with a mental health issue to treat, control and — in some cases — even cure behaviours. Sensors are already in cars that detect illegal alcohol levels and prevent the car from being started for offending drivers, so why not an injectable drug administered that is part of the court guilty decision and which can be reversed by a antidote at any time by a court or at the end of the sentence.

The drug being administered to the offending driver would hopefully induce fear when stationed behind the steering wheel. Their illness would be so severe that they could only be a passenger in the vehicle in which they were travelling.

I did say it was an ‘out there’ idea and I’ve no idea if it has any merit. However, I want our judicial system to get serious in its responsibility of protecting communities from such morons.

What do you think would deter people from doing the wrong thing behind the wheel?