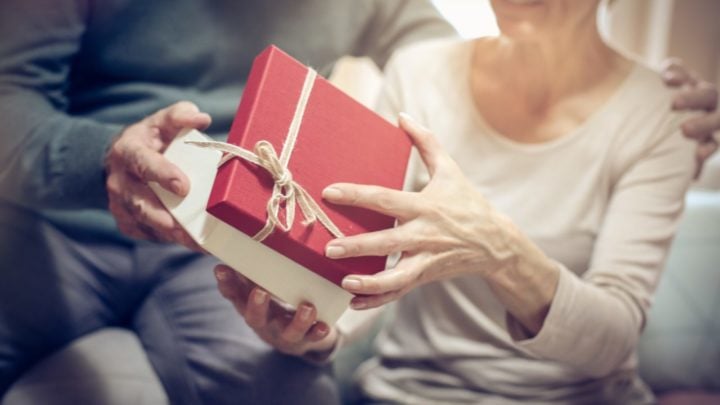 Our wedding anniversary coincides with Epiphany, 12 days after Christmas, the great Christian feast in which the divinity of Jesus Christ is made manifest to the three kings, who acknowledge this revelation with gifts of gold, frankincense and myrrh. Now, I’m not sure whether the foregoing is scripturally sound but it’s the best I can come up with given my limited theological education.

As it happens, we didn’t choose Epiphany as the day of our nuptials for any more significant reason than that was the first opportunity for us both to get the day off work — it was a steamy Friday, as I recall, and things were winding down for the weekend — and the only extraneous matters of concern to us were the politics of our respective families.

Both of us had emerged from rather dysfunctional families and as we drifted into our 30s and beyond, some of those family members had sought compensation for the chaos of their own upbringing in the endless availability of near-relatives (like us) for all the mundane chores — such as babysitting and perpetual cheer squads — that can make some people’s lives far more pleasant than most others’. And so the prospect of that tap being turned off by our forthcoming marriage was less than universally popular.

Well, we negotiated that shoal and its consequences with only small skin losses, mainly by holding firm to the belief that our relationship was special, that the sixth sense each of us experienced at first sight of the other, was worth recognising. It was hardly surprising that every wedding anniversary became an event, signifying to the nay-sayers that it had indeed lasted and would continue to do so. With mushy cards to be treasured and mooning texts across the company message system to be preserved and printed for our own posterity, for bunches of flowers and tete-a-tete dinners, all of them a statement to those, including ourselves, who might need a statement.

This ‘event’ mentality continued for years and reached its pinnacle, I suppose, on our 25th which was commemorated with an engraved silver sugar bowl, which now languishes (much tarnished) on a shelf somewhere, probably in need of a dusting and certainly polishing. Because the past six years have been such an intense experience that our subsequent wedding anniversaries have almost passed without notice.

For example, I cannot even remember our 30th anniversary, last year, so absorbed were we in the difficulty of supporting Number One son in his studies 500 kilometres away in Sydney, the rising cost of living and the declining value of our income and employability. To that you could throw in the collapse of regional Australia, compounded by the drought and monumental public indifference.

Bill Bryson wrote extensively on this matter in that wonderful tale of his own growing up, The Life and Times of the Thunderbolt Kid. His parents, like our own, were creatures of the unapologetically conformist ’50s but, unlike our own, by the end of that decade they were wondering how many pop-up toasters did you need to feel that your life had reached some level of fulfilment? So, why then, did our 31st hit us like the proverbial bolt from the blue when all the rest had vanished into the ether? It was powerfully emotional, like a strangled cry to justify what we been doing with our lives for the past three decades.

We both felt it: that this anniversary was so different that we were put on the spot, for we agreed it was too late in the day to tolerate any more drifting. As I often liked to say (referencing Bill Bryson’s parents), this is the only life we’ve got; it’s not a rehearsal for the real one yet to come (unless you’re a Buddhist, of course).

We considered the alternatives: was our extreme reaction to this particular anniversary — that is, the urgent need to draw up a balance sheet weighing up the factors that brought us to this uneasy state — was it due to the drought drying up what little remained of regional Australia? Was it a final acceptance that the dog-eat-dog attitudes we see tearing apart the lives of those around us, have become so deeply ingrained in our collective psyche as to be irreversible? Was it the bushfires, which cruelly put to the torch what little hope still remained?

Or was it closer to home? That Number One son, having earned his university degree and being about to embark on his PhD and, more keenly, just then leaving his campus cell-flat for shared accommodation out in the suburbs, was he leaving the nest for good? Irrevocably? But we could find no definitive answer in any of our troubled thoughts.

We gave up navel-gazing and decided to take a night off meal preparation, cleaning up, washing up and all the other dreary little chores that keep the wheels turning over. Instead, we booked a table in the bistro at one of our local pubs and decided to throw the diabetes rules out the window for a change.

It was good pub grub we ordered, solid, filling, flavoursome, but not a lot different from what we could put together on our own. There was certainly no gold, frankincense or myrrh on the menu. Just an ordinary night out for an ordinary family, you might say. And then the two of us noticed something extraordinary: Number Two son sitting opposite was shining with a glow of unbridled happiness that seemed to emanate from some manifest point deep within. He was safe and secure.

This was missing link in all our struggles with the meaning of our 31st wedding anniversary. That for anyone, life without security is a precarious existence at the edge of the abyss. This, we understood in a flash of inspired revelation, is the epiphany you’re having when you’re not having Epiphany.

How many years have you been married?