Crimes that shook us to the core: The monsters of Moorhouse Street 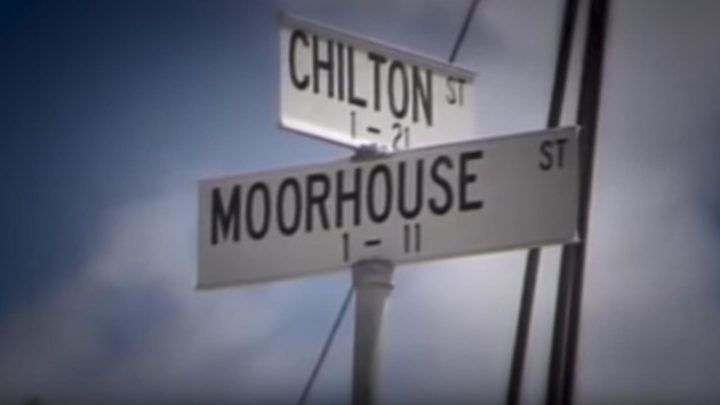 Moorhouse Street was the location of the heinous crimes carried out by David and Catherine Birnie. Source: Jonathan Frenlie/YouTube

In 1994, we learned about English pair Fred and Rose West who raped and murdered young women, including family members, before burying them at home. There had been at least 12 victims over a two decade period. We were aghast … and yet, a decade earlier, there’d been a similar case in Australia.

This story is as much about a brave young woman as it is the worst imaginable crimes in which at least four others lost their lives. That the courage of all victims was tried to the utmost we cannot doubt, but the fifth victim showed the strength and grasped the chance to end what was a horrendous crime spree.

Read more: Crimes that shook us to the core: The Russell Street bombing in 1986

Kate Moir was 17 at the time, an incredibly mature teen – level-headed beyond her years. Kate’s capacity to see her way through an impossible situation brought to heel one of the most callous couples in Australian criminal history. Almost certainly through her actions she saved not only herself but other young women from kidnap, deprivation of liberty, rape and murder.

On November 9, 1986, Kate Moir spent an evening with friends. Later, walking home along the Stirling Highway at Nedlands in Perth, Western Australia, she accepted a lift from an innocuous enough looking couple. What she could not then know but would later help set in motion was that the couple, David and Catherine Birnie, during the previous four weeks, had kidnapped, raped and murdered four young women at their Perth home.

David Birnie came from a strange, dysfunctional family widely reported as alcoholic and incestuous. The family lived on the outskirts of the WA capital before moving to another suburb. There David met Catherine (nee Harrison), the 12-year-old who would eventually become his partner. In 1963, although three years her senior, there was a mutual attraction. Within two years a relationship was to begin.

Both were in constant trouble with the police, spending time in jail for a number of crimes against the community. The worst of these was when David broke into a house one night wearing nothing more than a stocking over his head and raped an elderly woman.

At least prison separated them and a counsellor helped Catherine get a job as a maid. By now 21, she married a member of the family for whom she worked, and bore him seven children. Not long after delivering the seventh child, she deserted the family and hooked up again with David, changing her name to Birnie by deed poll. They took up residence in Moorhouse Street, Willagee, located in Perth’s southern suburbs.

They read a book (that remains unnamed) and began researching what they thought to be ‘perfect crimes’. Thus began their murderous crime spree.

For obvious reasons, I shan’t provide great detail about the individual crimes. In brief:

All victims were taken to Moorhouse Street, chained to a bed and raped before being brutally murdered and buried in bush graves.

On that November night in 1986, Kate was raped by David Birnie, aided and abetted by Catherine. Kate, understanding her danger, ensured she left several clues — one of which was to push her lipstick into a gap in the settee — lest the worst come to pass. On the following morning, David left for work, leaving Catherine to secure Kate. As she was about to chain the young woman to the bed, there was a knock at the front door. Catherine shut Kate in the bedroom and went to check on the visitor.

Desperate, Kate managed to open a bedroom window and drop to the ground, running to a nearby shopping centre. There, dressed only in a singlet, she convinced a man to drive her to a police station. Even when interviewed, senior officers were dubious and, had it not been for a 22-year-old constable who disobeyed orders, little may have eventuated.

As it was, thanks to Kate’s testimony and the tenacity of Constable Laura Hancock, the Birnies were arrested, tried and found guilty, then imprisoned for life. David Birnie hanged himself in prison in 2005, and Catherine remains incarcerated, having so far failed to gain parole.

Offered in tribute to all the victims, but especially to Kate Moir for remaining so alert in such extreme circumstances.

Do you remember the crimes of the Birnies in the late-’80s? Do you like reading about true crimes?