Crimes that shook us to the core: The four innocent lives Kathleen Folbigg took 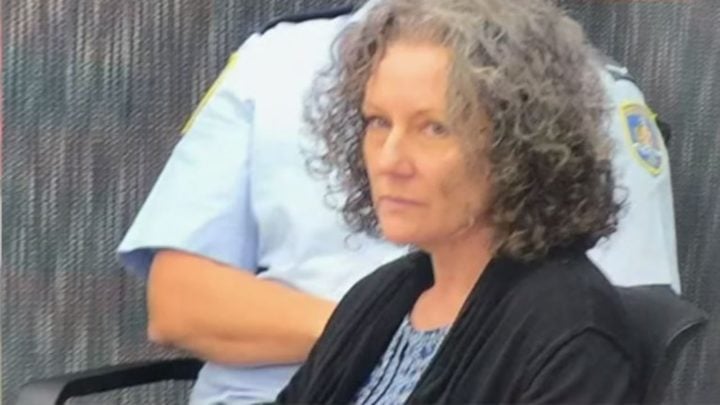 An inquiry into Kathleen Folbigg's convictions for killing her four babies earlier in 2019 reinforced her guilt. Source: YouTube/7NEWS

Caleb Gibson, Patrick Allen, Sarah Kathleen, Laura Elizabeth: Four sets of given names, so ordinary and yet, ultimately, so tragic. Names sublime, names that by any ordinary measure ought to provide a lifetime of identity to the four who carried them. The tragedy of it is that each of their lives was brought to a premature end; all four were babies who died at the hand of their mother.

They were the four babies whose lives were taken over a 10-year period by Kathleen Megan Folbigg; innocent, blameless humans who lived for periods varying from 19 days to 19 months. Found guilty in 2003 on three counts of murder and one of manslaughter, Kathleen Folbigg was sentenced to 40 years’ jail time, with a non-parole period of 30 years. A little later, on appeal, the sentence was reduced to 30 years and 25 years non-parole.

Kathleen and Craig Folbigg had been teen friends and lovers. They married young, with their first-born, Caleb, arriving when his mother was 21. On February 20, 1990, just 19 days old, Kathleen found him lying in his cot, lifeless.

A little over two years later, a second son, Patrick, was born. At four months, Kathleen found him not breathing. His father applied CPR and Patrick was revived, but brain damaged. Four months later, Kathleen discovered him dead in his cot. He had lived 8.5 months.

Sarah arrived in mid-spring 1992 but was found unresponsive by her mother in August 1993, unable to be revived. She was a little more than 10 months old. The last of the four was Laura. Kathleen found the precious toddler dead in February 1999. She had managed to survive 19 months.

The first three deaths were initially attributed to Sudden Infant Death Syndrome, and the last — unlikely at that age to be SIDS — to an unidentified cause.

Many were suspicious about such a high level of infant mortality occurring in one family, among them a policeman named Bernie Ryan. He doubted the deaths were natural, and his suspicions gathered momentum when Craig Folbigg, by now separated from Kathleen, found her diary. With many of the entries seemingly damning, Ryan redoubled his efforts and turned to a number of professionals for assistance. To him, once he read the diary entries, it became a murder case.

Another who developed suspicions was government pathologist Dr Allan Cala. With a great amount of evidence assembled, the DPP sent the case to trial. It would last seven weeks. The prosecution posited that Kathleen was unstable and, in periods of frustration — seemingly supported by her diary entries — smothered her babies. The defence suggested natural events such as cot death and, in the case of Laura, myocarditis, but the Supreme Court jury found her guilty.

Interestingly, many remain convinced that Kathleen Megan Folbigg was innocent of murder, among them a team of three NSW barristers who based argument on the findings of four highly regarded clinical experts, including the 25-year head of The Victorian Institute of Forensic Medicine, Professor Stephen Cordner. In the Professor’s report, he stated: “There is no positive forensic pathology support that any or all of these children have been killed.”

Earlier this year, the New South Wales Attorney-General announced a belated inquiry into the guilt or otherwise of the woman who’d already spent 16 years in jail. The inquiry, before former District Court Chief Judge Reginald Blanch, began in April 2019. In his 500-page report, released in July, the judge said he had “no reasonable doubt” as to the guilt of Kathleen Folbigg.

It affirms she will spend nine further years in jail prior to parole. Rest in peace, Caleb, Patrick, Sarah and Laura.

Author’s note: My thanks to ABC and News Limited for most of the information in this report.

Do you remember the Folbigg case?