Crimes that shook us to the core: Connair’s extraordinary murder-suicide 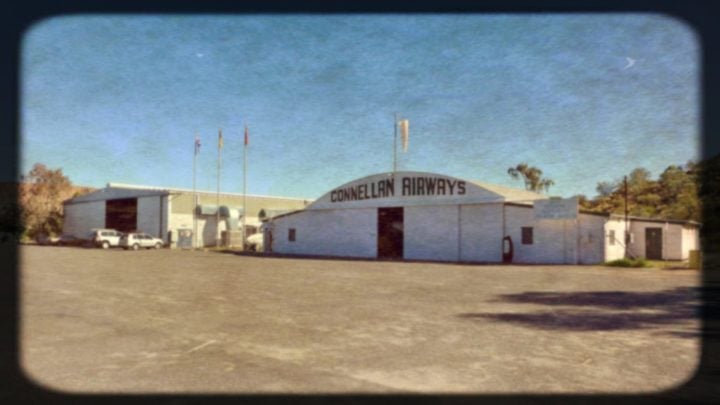 Colin Richard Forman was a young Englishman who arrived in Australia in the early-1970s. He drove trams in Melbourne following his arrival but later, despite attempts at improving his lot, things never seemed to work out for him. He became depressed and in January 1977, totally disillusioned, took his own life along with the lives of four other people.

His was arguably the most bizarre, if not brutal, murder-suicide in the annals of Australian history. The details of his short time in this country and ill-considered solution to his troubles make for intriguing reading.

A loner, at times termed a misfit, arrogant and angry, Colin Forman had a burning desire to head back home to England. So desperate was he, and short of cash, he once attempted to forge a QANTAS airline ticket. The forgery was destined to fail; he was apprehended and charged, with a conviction recorded against him.

Forman had an obsession with aircraft and with flying. Reasonably intelligent, by November 1975 he was able to gain a commercial pilot’s licence at a New South Wales flying academy, actually topping his course. In January 1976, he obtained employment in Alice Springs at Connair (Connellan Airways) as second crew on their de Havilland Doves. His duties were divided between cabin service and cockpit. To gain promotion, he needed to develop his competency as a pilot, but failed an instrument rating. About that same time, seven weeks after giving him a job, his employer learned of the ticket forgery and dismissed him.

Then followed a job with Ord Air Charter at Kununurra, Western Australia, but this would only last two months. Too many complaints were made about his diving at landing strips, flaring late and landing at higher than normal speed. Sacked once more, he made his way across to Mount Isa, north-west Queensland, where he was employed part-time on passenger and freight charter flights.

Forman joined the Mount Isa Aero Club and told a fellow member, “If I don’t get a job by Christmas, you and the world will know about it”. On Monday, January 3, 1977, he smashed up the interior of his flat, trashing the contents and piling them in a corner. He lay his pilot’s logbook open on top. In it, police would later read an entry in red following his sacking by Connair, “Sentenced to death this day”.

Forman spent two days driving to Wyndham, WA, where, on the morning of January 5, he broke into a hangar and attempted to steal a large, twin-engined aircraft. Able to start only one of its engines, he turned his attention to a smaller, high performance twin, a Beechcraft Baron 58. Flying time to Alice Springs in the Baron would be four hours. Intent on causing Connair the greatest possible harm when he crashed the aeroplane, he reckoned to arrive at 10am, at which time staff would be gathered for morning tea. Thankfully, flying out of WA and not allowing for daylight saving, he arrived an hour later than intended.

Approaching Alice Springs, three times he broadcast a message by radio before it could be understood. Disturbingly, it stated, “It is better to die with honour than live without it,” followed by the aircraft callsign, “Echo – November – Alpha”.

The young Englishman, who thought Roger Connellan directly responsible for his personal failings, now took aim towards his perceived bête noir. Coming in low, throttles set to full power, flying across other potential traffic, he banked and aimed straight for the airline’s headquarters.

On that tragic day, Colin Richard Forman took his own life and the lives of airline owner, Roger Connellan, two engineers, Marcus Chittoni and Ron Dymock, all of whom died on impact, and 19-year-old secretary, Liana Nappi, who died in hospital five days later. Four other employees received serious injuries.

Forman’s parents refused to have his remains returned to England. Perhaps controversially, he is buried at Alice Springs within sight of Roger Connellan’s grave.

It is of perhaps little real comfort to those who remain, but the words of Cicero spring to mind, “The lives of the dead remain in the memory of the living”.

Do you remember the Connellan air disaster?