‘Climate change policy must weigh up costs and benefits’ 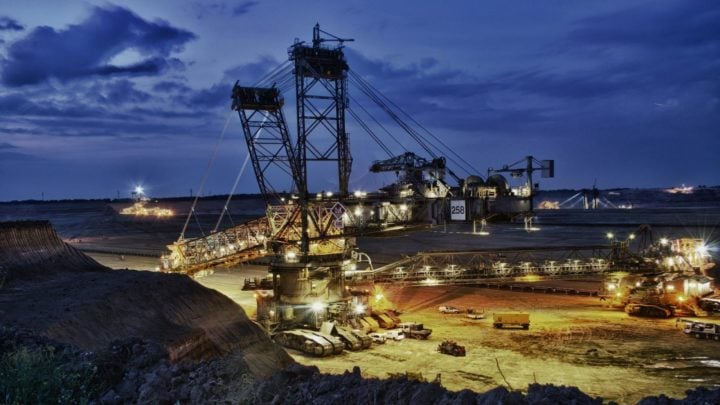 At the moment my country, Australia, produces approximately 1.3 per cent of the world’s carbon dioxide and we have been told we need to reduce it by 45 per cent by 2030. Apparently, this would save the planet from extinction or at least mankind.

I decided to examine this proposal to see what my children’s lives may be like once we save the world, assuming that all countries did the same (reduce by 45 per cent). I do not believe that this will happen, but you never can tell. I have not written this based on a belief that climate change exists or not only that we are told it does and must act now.

Coal and fossil fuels account for more than 80 per cent of all power produced in Australia. We also have legislation to not use nuclear power. (No country of Australia’s economic size or larger is without nuclear power and we stand alone among 25 top economies in excluding its use for baseload power supply.) We must use other forms of ‘renewable’ energy.

Coal earns $66 billion in trade to other countries, based on the current voices (political parties such as The Greens, the Labor Party, as well as school children) we need to stop this trade as soon as possible. If we do, we lose that income and the jobs in that industry, as well as the jobs in the power industry based on coal. It is thought up to 200,000 people are employed by both coal mining and the associated industries such as docks, transport and power. Peter Reith in a 2014 article for the Australian Financial Review wrote: “The coal industry alone provides about 200,000 jobs and brings in billions of dollars to our economy to underscore living standards.”

It also says the multiplier for Australian steel products is that for every $1 million, $1.87 million in value is added to the economy; 16 workers are employed FTE in the economy; $165,000 is delivered in welfare savings; and $590,300 is returned in tax revenue.

By not allowing fossil fuels, primarily coal, we would lose potentially more than 300,000 jobs in Australia and possibly $100 billion of income to this country. Wait, there’s more!

As we’ll no longer produce coal or steel, we will then need to import a whole host of items that we probably shouldn’t because the carbon dioxide production will have moved offshore to other countries. These countries may or may not have reduced their emissions. In order to be true to our convictions, what do we stop using?

I came up with a list that included motorised vehicles (cars, bicycles, buses, trains, trucks) because they use fossil fuels and are made of steel; mobile telephones because if they aren’t made of steel, the telecommunications systems they use to operate surely do; buildings that are made of steel frames; ships and boats if their construction contains steel; aeroplanes because they are either made of steel or have steel components; cooking equipment — think pots, pans, cutlery, fridges, freezers and washing machines (to name but a few); wind farms; solar panels, unless they are made without steel; computers; any manufacturing equipment that is made from steel…

You can see how this list could go on and on, can’t you? No doubt politicians would say we can get around these issues, but I would suggest they would be the first to lose their transport. How would we live, what is our future?

We have many buildings currently and we can use them until they need repair. We would develop modes of transport that could get us around the cities, but intercity travel would disappear (unless you can walk say 100-600 kilometres). Education would go back to books, pencils (not carbon) and crayons (dependant on production type).

We would likely all become vegetarian or vegan, and there would be a requirement for all of us to grow our own vegetables, since food storage would disappear. Milk would become more expensive since cattle herds would be at least 50 per cent smaller and we wouldn’t be able to treat or store our milk for any considerable length of time.

Medical equipment may fail and not be able to be repaired, re-built or manufactured. Mortality rates would increase significantly, which is undeniably a good way to reduce those carbon dioxide emissions.

I believe we’d return to pre-industrial times along with all of the discomforts humans had in those days. Since our children have been convinced that the ‘End is Nigh’ and we need to do something now, we should remove all mobile phones, and they should walk to school each day. They may need to quit school at an early age and get a job to help support their family.

I am not sure children today have been advised of the consequences of stopping coal mining right now? I also think that politicians have not really considered the amount of time it really would take to be able to cease coal mining and coal fired power stations. I think they should be considering how they would increase taxes to make up for the loss of income from coal mining.

I’d love to hear from people who support the removal of the mining industry so I can understand how they think life will be. Has there been any consideration of the effects this would have on schools, hospitals, or life in general? I think there are a lot of people who run with the hounds and have not really considered the final outcome… Maybe we can increase our migrant intake to improve the GDP? This would surely reduce our emissions per capita. We have black gold, but many are looking more at fool’s gold!

Do you support the removal of the mining industry? What are your thoughts on climate change?