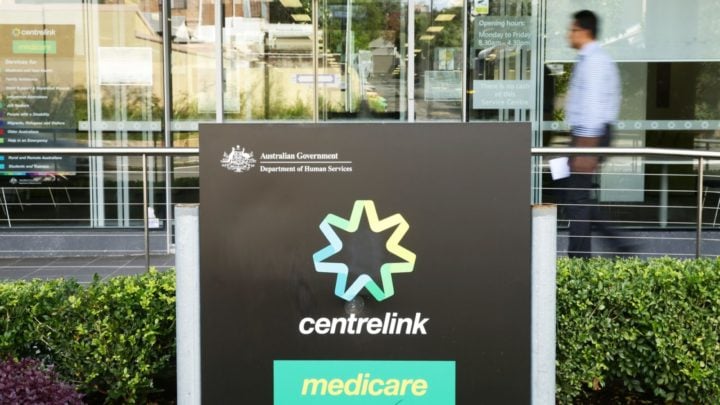 I check my email in the mornings. I do this to stay in touch with my world. But, there is one that gives me cold shivers and belly ache. It’s the dreaded myGov letter. In fear and trepidation I go through the rigmarole to get the code to open it up, and read. These letters never contain good news. They use language designed to intimidate and to cause stress. They use words that blame, condemn, and threaten. Sweeping blanket statements and accusations designed to make you shudder in your fluffy slippers.

Now I am thankful for my recently received pension. That was one Australian government letter I was thrilled to receive. I even celebrated with a senior’s card latte at my local cafe. I am grateful. I do all that they require.

I faithfully and scrupulously report my tiny income from my part-time job every fortnight. Yet, I regularly get a text message advising I need to be sure I am telling them all I earn. Of course, I do.

Recently I moved house and immediately sent in the form to advise of my rent, which was also signed by my landlady. Four weeks later my pension was mysteriously reduced because — as the myGov letter advised — I had not filled it in and sent it to them. “I have,” I almost wanted to scream, however, instead I have waited until the next morning and — after a sleepless night — contacted Centrelink and spoke to a nice woman who fixed it up immediately.

I know Centrelink has to communicate with its clients. But I question whether the letters have to be so threatening and heavy.

The tone implies we are all doing the wrong thing and are trying to deliberately defraud the government. Of course we’re not. Give us a break. We just want to get on with our lives balancing our budget and staying well.

When I was still working a few years ago I had emergency surgery and had to go on Newstart for a few weeks till I could get back to work. I was grateful. On returning to work I rang Centrelink every payday to inform them of what I had earned.

I wrote this down in my work diary and put the Centrelink receipt and the time I rang to report it there. I kept getting small amounts of money to which I was told I was entitled to. Finally it stopped when I informed them that they need not keep doing this.

Several years later when I had been forced to leave work due to chronic illness and was now on Newstart, I received another heart stopping myGov letter, which informed me I was to repay more than $700 due to overpayment. I was ill anyway, and as the bank statements needed were over seven years my bank kindly retrieved these for me.

Further stress ensued as I had to photograph each statement and put it on the app on my phone. I had my diaries to prove I had contacted Centrelink, the times and the dates. But no, the gentleman advised me even though the overpayment was not my fault I still had to pay. This caused huge stress as Newstart is minimal anyway. They would take a small amount for weeks and then suddenly without warning take half of your payment leaving you wondering how you were going to survive. I got through it, but now, I hate and fear those myGov letters.

Many of these could be rewritten with a bias leaning towards the idea that the client is actually doing the right thing, but may have made a small error. Accusations, threats and withholding payments without warning are not the way to go.

I realise that some people do rip the government off, but most — like me — are just doing the best they can with what they receive and are honest about their income and assets. I’d happily rewrite a few of these letters for them to start get them moving in the right direction.