Billy Ocean is as good, if not better, than ever 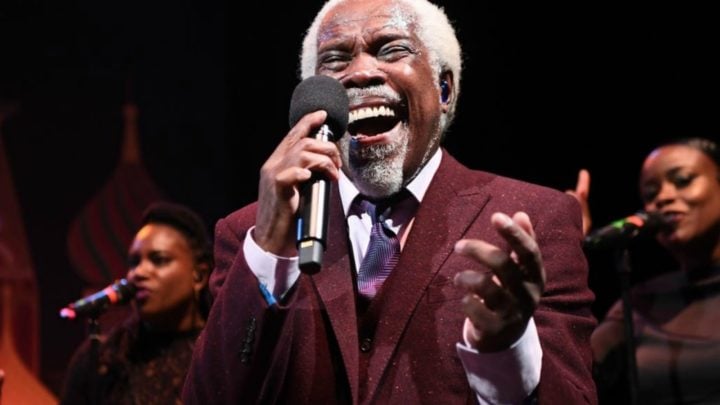 Billy Ocean wowed the crowd at the QPAC. Source: Supplied.

Billy Ocean – All the Hits Tour is a brilliant night’s entertainment. Billy’s voice is just as good as ever, perhaps even better. In everything he sings, there is a warmth in his tone that’s a pleasure to hear. His high notes are crystal clear and he gives his all to his audience with every song.

Brilliantly supported by a band which includes his daughter as one of the backup singers, Billy Ocean gets the audience up and dancing in their seats, even in a concert hall. He is not at all precious about the audience singing along, which they did with gusto. He even calls the audience his choir.

My personal favourites were ‘The Colour of Love’ and ‘Suddenly’, but the audience (and yours truly) came to their feet for, among others, ‘Love Really Hurts Without You’, ‘Lover Boy’ and ‘Caribbean Queen’.

During the week I saw a few interviews with Billy Ocean and was impressed by his style. He seemed a really genuine person with a strong core. His head covering was fascinating and I wondered what lay beneath. I was also impressed that he won’t allow his music to be used for alcohol advertising.

I wouldn’t call myself a huge fan, but like most people, I knew a number of his songs, particularly those played in nightclubs in the ‘70s/’80s and of course, ‘When the Going Gets Tough’ has slipped into the vernacular. But as someone the same age, I wondered if his voice and stage presence would hold up to the memories. My fears were unfounded – this is not an old favourite revisited, this is a masterful performer.

Billy Ocean – All the Hits Tour – if you can get a ticket, do try to see this awesome entertainer. (PS under the head covering is an amazing hairdo!)

Are you a fan of Billy Ocean? Which of his songs is your favourite?