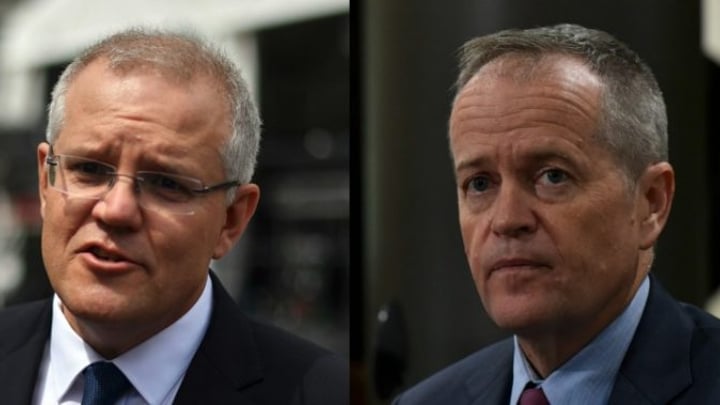 This Australian voter is unimpressed with the two major parties. Source: Getty Images

It is so easy to tell when an election upon us and voting is drawing near. The big sweeper trucks come in and clean the gutters. Contractors appear everywhere, trimming overgrown trees, clearing walking trails. Things appear to run smoothly in the lead up to the vote. Would-be politicians can be seen out and about acting like they are interested in what you have to say and promising the world to us if we’ll just give them our vote. If you ask me, it’s all smoke and mirrors!

I am so tired of the worn out promises of the two major parties of Australia, Labor and Liberal. It feels more like a popularity competition between the current prime minister and Liberals’ Scott ‘ScoMo’ Morrison and opposition leader and Labor’s Bill Shorten. I’ve long been disenchanted by the majors.

I used to think Pauline Hanson was on the right track, but she seems to have lost her way. However, I have to admit my disgust in David Koch’s treatment of her when she appeared on the Sunrise program on Channel 7 recently. He was outright bullying her with his behaviour. He said he let his passion get in the way, but he was abusive and there is nothing passionate about being abusive in my opinion. I have noticed over time that Channel 7 seem to be okay with bullying behaviour if it helps the ratings (My Kitchen Rules and other reality programs are a prime example).

ScoMo and his catchcry ‘It’s a fair go for those who have a go’, Shorten’s is ‘It’s a fair go for all Australians’. I think they are both full of BS and hot air. The television advertisements for both parties are incredibly annoying, they stay in my head and that is not a good thing. It certainly does not make me want to vote for either of those clowns.

Clive Palmer throwing his hat in the ring again is laughable. Go away Clive!

I know who I am voting for. Fraser Anning has got my vote. His fellow politicians see him as a threat because they have done nothing but crucify him for comments that were blown out of proportions by the media, who I might add do nothing but sensationalise their news reports, adding their own verbs and adjectives to make their waffle more colourful.

I’m fed up with all this political correctness and not being able to express a thought or opinion without offending someone. I feel Anning’s comments about the tragedy that occurred in New Zealand, before they were manipulated by the media, were correct and the reason they stung was because people knew he was speaking the truth.

The rich are getting richer, the poor are getting poorer and the divide is getting deeper. We need a change.

Do you know who you’re voting for in the upcoming federal election? How do you feel about the party policies?