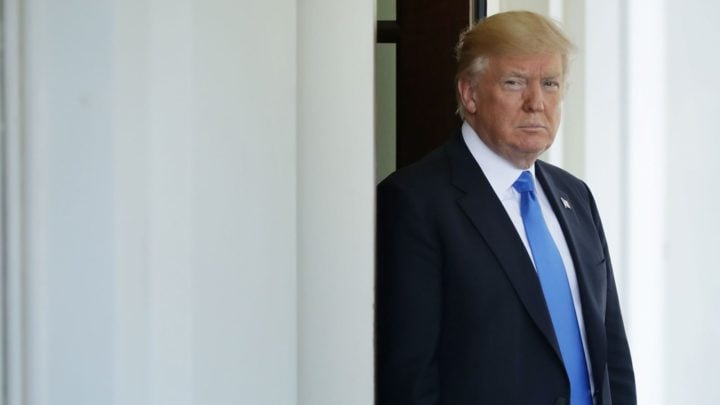 Any ordinary Joe or Joanne, out there in the suburbs or the regions, who switches on the box to watch Waleed Aly’s The Project or the ABC’s Insiders or Sky’s Paul Murray Live would be forgiven for believing that journos, as a breed, were hyperactive political junkies desperate to get their fix on who said what, when, why and how something had happened in Canberra. But nothing could be further from the truth.

After a lifetime asking shifty mountebanks for their 5 cents’ worth on this, that or the other, most of us are … over it. Now, don’t get me wrong, we journos are not, by nature, cynics. In fact, I can’t recall a single bitter cynic in 35 years plying the craft. Innocents abroad, though? Well, yes, I can admit that there are, actually, far more innocents among the fraternity of the pen than you might find in most other occupations. And while I have enormous respect for the tenacity of old warhorses like Michelle Grattan and Malcolm Farr who battle on trying to make sense of the senseless, I have no interest at all in the daily political skirmishing that is the bread and butter of modern journalism.

It’s not that we don’t care, but after a lifetime of listening to motherhood statements, clichés, fear-mongering, political wedging and sledging, deflections and evasions, and all the rest of the politician’s stock in trade, enough is quite enough. I’m not even mentioning corruption and the more sleazy aspects of our debased public life. Actually, I’d rather read a good book. But is my head stuck in the sand?

Perhaps a majority of citizens in any Western country would regard the advent of Donald Trump as the moment when the contrast between what we were taught in school civics classes and what our reality is now, became unavoidable. But to this jaded old scribbler, he remained a blip on my evening television screen until about mid-October last year. And then Donald Trump became an existential issue that only the myopic or the foolhardy could ignore.

To digress, Australia, for all our self-congratulation about our multi-cultural success story, remains essentially a tiny Western country uneasily sitting on the edge of the most populous continent on earth, a continent that is vulnerable to convulsive, authoritarian stresses and strains on which we, in our liberal democratic comfort, have no influence whatsoever.

Our history, as foreign policy analyst Alan Gyngell has astutely pointed out, is one of sheltering behind a big brother, yet a big brother who was always situated thousands of kilometres away. For 150 years, we hid behind the British until the rude shock of Singapore, February 15, 1942. Then we thought we’d managed to switch our protection to the United States, which seemed keen enough to assert its presence in our part of the world. Yet it wasn’t always so clear-cut.

Those of us with more than a touch of grey at our temples, will recall the erupting nationalism of Sukarno’s Confrontation campaign in Indonesia in the early-1960s. That unforeseen cataclysm swept tremors of fear through Australia, making us more dependent than ever on American goodwill. Although it could be argued that we paid a very high premium for that goodwill by loyally participating in the unpopular Vietnam War, most Australians accepted as an article of faith, however grudgingly in some cases, that our survival as a free society depended on this single insurance policy: American domination of our region.

However, in mid-October 2019, something shocking occurred: despite his professions of comradeship, president Donald Trump pulled the rug from under the Kurds, his most loyal regional ally in Syria. The Kurds had not only done America’s hard yards for it, incurring 11,000 battle deaths to the US six, they also pulled the US chestnuts out of the fire. After the insane US invasion of Iraq in 2003 blew a fragile Middle East jigsaw to pieces, the Kurds managed to bring the situation under some control by defeating the IS terrorists who grew out of the chaos.

But not only did President (‘The Art of the Deal’) Trump sacrifice them in a ‘deal’ that handed the Kurds over to their mortal enemy, Turkey, it also saw Russian influence extend closer to the Mediterranean than at any time since the Czars flexed their strategic muscles 200 years before. Without any credible explanation for this sudden volte face.

The shockwaves of Trump’s decision (if it could be dignified as a decision and not some spur-of-the moment Tweet-bubble) have been felt around the world. No country should be more alarmed than Australia. With Beijing so resurgent, and committed to turning the South China Sea into a Chinese lake, with virtually no resistance from Washington, where does it leave us?

Recent revelations of Beijing’s interference in our domestic affairs and the intransigent crackdown on Hong Kong protesters (despite Beijing’s obligations under the 1997 handover of the former British colony) should make us very anxious indeed, especially as other countries around the littoral of the South China Sea are now, at the very least, hedging their bets.

Some of our fellow citizens, especially those who might have been the direct beneficiaries of Beijing’s clever largesse, have been quick to purr “nothing to see here”, but I, for one, am not comfortable with the idea of living in a sort of Finland, where I have to watch what I say … and what I write … for fear of offending a ‘real’ Big Brother and his apologists scurrying around, watching, listening, photographing.

Therefore, I shall desist from my normal distaste for political journalism and watch with increasing concern the unfolding of this year’s US presidential election. Unfortunately, although this is 2020, none of us has 20-20 vision so I can’t predict where we will be by November this year, but somehow the idea of five more years of President Trump’s erratic ‘deal-making’ is a leap of faith that I am reluctant to make.