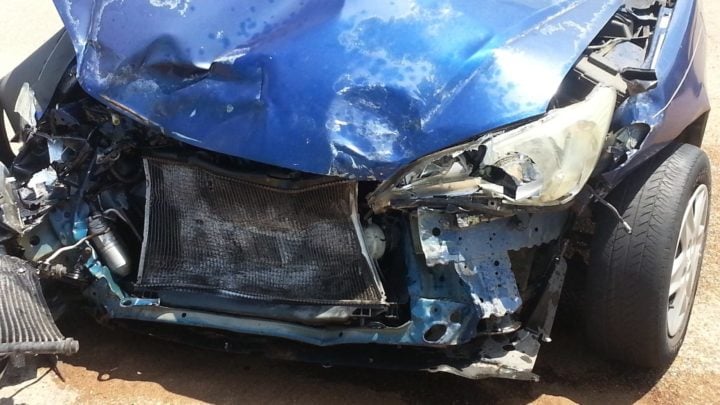 Lyn was involved in a car accident that almost took her life. Source: Pixabay

December 7, 2019 marked 45 years since I almost died in a motor vehicle accident. I was pinned in the front seat of our car for an hour or so, after a head on collision with a ute on the Mid-Western Highway between Blayney and Cowra in western New South Wales. I had a compound fracture of my left femur, breaks also in my right femur, my left forearm and a finger, and a fracture in the palm of my right hand, plus numerous cuts and contusions.

I lost lots of blood, was offered the last rites by a passing priest (the accident blocked the highway) and spent the next few months in hospital, with many surgeries, being confined to a wheelchair then rehabilitation to learn to walk again.

So why am I grateful? If you’re interested in my story, read on for my ‘grateful for’ list.

There were so many people who contributed to my survival. Dr McLaren, who was also held up on the highway and happened to have a plasma drip in his car, which he set up, while I was still pinned in the car. Someone with a fast car (a connection with my friend Denise Hough) who drove like the clappers to get help (there were no mobile phones back then). The police and ambulance staff who used the ‘jaws of life’ to get me out of the car and into ambulance.

I’m grateful to Dr Gary Scarf, whose quiet Saturday afternoon was interrupted to come to Cowra Hospital and whose care of me and my husband, Murray, over the next week or so was exceptional. He went so far as to research the best options for me when I got back to Sydney.

Dr Bill Cummings whose skill exchanged being in traction for my broken legs, with titanium plates and a bone graft from my hip, to help my femurs and my left ulna mend. He was a constant, professional, reassuring presence over the next six months of recuperation.

So many family members and friends – especially my husband Murray, who was a constant presence in the hospital, once he was discharged himself. My parents and parents-in-law. Friends and family who came to cheer me up when I had to spend Christmas and New Year in hospital.

I’m also grateful to the physiotherapists (including my friend Lyn Williams), who helped the rehab process and eventually got me back on my feet.

When I look at my scarred, knobbly legs (yes, I’ve still got them), the scar on my left arm and the scars over my eye, on my hip, my chin and shin, I am grateful to still be here, to be able to walk and dance, to have lived another 45 years and with hopefully some more to come.

Has there been a significant event that has helped you reflect on things to be grateful for?