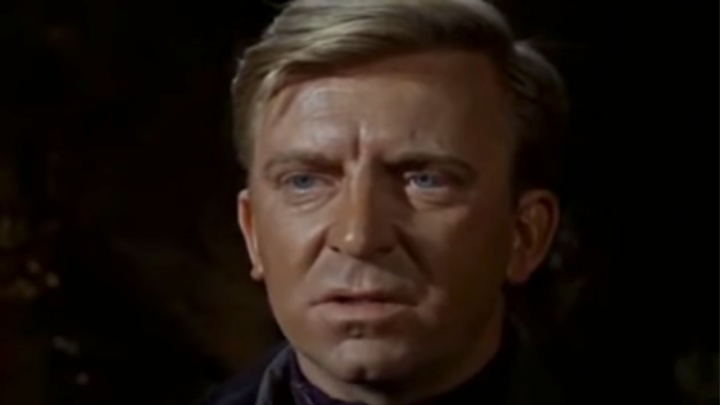 The 88-year-old actor passed away at home in Los Angeles on Tuesday. Source: YouTube/MattMcKinney.

William Wintersole, best known for roles in the likes of The Young and the Restless and I Dream of Jeannie has passed away at the age of 88. The actor’s death was confirmed on Wednesday evening (local time), as it was revealed that he died as a result of complications associated with cancer.

William’s daughter Tiffany Harmon confirmed the news in a poignant social media post as she announced that her “beautiful daddy” had passed away. She wrote: “Early Tuesday morning my father Bill Wintersole passed.

The veteran actor passed away at his home in Los Angeles, USA, shortly after 1am on Tuesday 5 November. He is survived by his partner Marlene Silverstein and daughters Tiffany Harmon and Katherine Ramsey. He also leaves behind three granddaughters and one great-granddaughter.

“My bond with him was strong. His heart pure. He spoke to me with his facial expressions, as his gift was communication with ANY BODY..ANYWHERE..ANYTIME. A Legend. An entertainer and my beautiful daddy. #collectiveconsciousness as he rises above to protect me and those many fans who loved him.”

Tiffany was flooded with messages from hundreds of well wishers who commented on the sweet post, which also featured several images of the actor in hospital during his final days. One person wrote: “God Rest His Soul. Thanks for sharing and caring so sweetly for your daddy in his last days.”

Another commented: “This is a SAD day. Bill has been in my daily prayers for weeks. At this point, my prayers were for him to pass peacefully and leave his pain behind … I will never forget my friend Bill. My heart goes out to you in this time of sorrow.”

While another said: “Been there ,it’s never easy , I hope YnR [Young and Restless] would do something in memory of him, a talented actor, I’m so sorry to hear of this Tiffany.”

Wintersole landed his first TV role back in 1964 when he played Professor Andrew Whitsett in The Outer Limits. He then went on to star in many other television series, including Quincy M.E, Peyton Place, The Partridge Family and The Waltons. He also played Tom Henderson in Little House on the Prairie, and will be recognised by Trekkies as Abrom.

He also starred alongside Sharon Tate, Barbara Parkins and Patty Duke in 1967 movie Valley of the Dolls.

But Wintersole will be best remembered for his recurring role as Mitchell Sherman on The Young and The Restless, having starred in the soap for an incredible 25 years between 1986 and 2011. According to his IMDB page, he appeared in more than 50 episodes of the beloved drama, which is still running today.

Our deepest sympathies to the family and friends of William Wintersole who graced #YR with his talents as Mitchell Sherman for over 20 years. https://t.co/JjZeezaTbO

Tributes flooded in for the Ohio-born star on social media, with colleagues and fans alike sharing memories of Wintersole upon hearing the sad news of his death. The official The Young and the Restless Twitter account shared a tribute, writing: “Our deepest sympathies to the family and friends of William Wintersole who graced #YR with his talents as Mitchell Sherman for over 20 years.”

While one fan wrote: “#RIPWilliamWintersole who played Katherine Chancellor’s longtime lawyer and friend Mitchell Sherman on #YR. Condolences to his family and friends.” Another commented: “Remember him well as MITCHELL Sherman. His interactions with Katherine chancellor was always a delight to watch. My thoughts and prayers are with his family.”

Were you a fan of William Wintersole? Do you watch Young and the Restless?