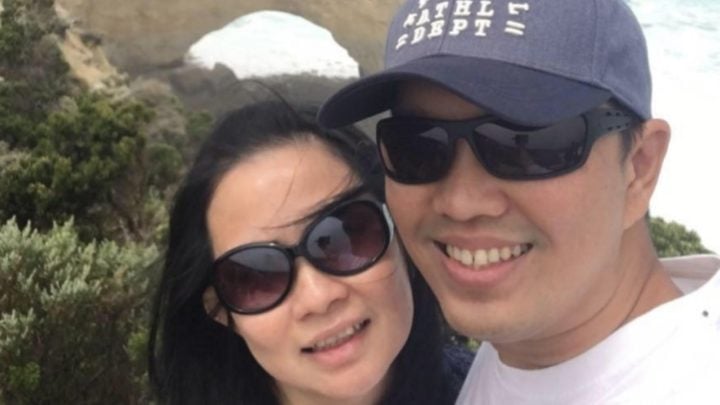 A mum has been remembered as a “beautiful soul” and “beloved sister” by some of those closest to her after she died when a tree crushed her family’s car amid wild weather – leaving her son fighting for life.

Angie Suryadi, who was in the front passenger seat of the car, tragically passed away while her husband, driver Arnold Adiatiasvara, and their two sons were rushed to hospital. One of them remains in a critical condition.

The family were travelling along the Maroondah Highway in Fernshaw, north-east of Melbourne, when Victoria Police confirmed the tree blew onto their moving car.

Now some of Angie’s closest friends have remembered her in a heartbreaking social media post, shared by Australia for Christ Church Indonesia.

“We are deeply saddened by the loss of our beloved sister Angie Suryadi. Our thoughts and prayers are with Arnold Adiatiasvara’s family,” they wrote. “A beautiful soul, full of love and faith, ascended to heaven, away from us, but closer to God, leaving loneliness and sadness.

“We lost a great friend, Angie was a great woman and she will be truly missed and will always be remembered. She was loved by all of us and she will be cherished in our memories forever.”

They added their condolences to the family amid their grief and added: “We are deeply pained and words are of no help in expressing the sorrow we feel at this moment. At this difficult time, we pray that God will grant us the peace that we need to get through this. No one can prepare you for a loss; it comes like a swift wind. But take comfort in knowing that she is now resting in the arms of our Lord.”

Family friends shared their own messages underneath the post, with one writing: “Sad and shocked..my deep condolences to Arnold, Jonathan and Oliver. My prayers and thoughts are with you. I will be missing your smile and laugh Angie Suryadi. Till we meet again.”

And it comes after ongoing wild winds of up to 100km battered Victoria, while heavy snow storms hit parts of NSW this weekend.

Police have now issued a strong warning to drivers after a multi-vehicle pile-up near the alpine region of Jindabyne, which also involved a police car.

NSW Police confirmed that cops were travelling to Thredbo along Alpine Way just after 10pm on Friday when they spotted 2 cars stopped on a steep hill.

“The police vehicle and two other vehicles – travelling at about 30km/h – attempted to stop, however all vehicles slid, causing multiple crashes,” they added in a statement. “About eight other vehicles coming down the road also lost control and were involved, with another five avoiding collision but becoming stuck in snow on the side of the road.”

The road remained closed afterwards for several hours but there were no serious injuries.

They have now warned all drivers travelling in alpine areas in particular to only leave the house in a four-wheel-drive, while checking weather and road conditions before you leave. They also recommended carrying chains with you and “fitting them in slippery conditions in the designated bays”.

The current cold snap is now expected to carry on until Monday as severe winds and winter weather continue to lash the east coast.

The Great Western Highway was closed temporarily on Saturday as a result of the icy weather, leaving the Blue Mountains cut off for several hours as the local State Emergency Services (SES) setting up refuge stations in a bid to help motorists who found themselves stuck on the roads in the adverse conditions.

Sydney Airport also urged travellers to check with their airlines before journeying to the airport after several flights were impacted by the weather conditions.

Those who live in New South Wales have been among the worst affected by the winter blast so far, with residents in Illawarra, Hunter, South Coast, Central and Southern Tablelands and the Snowy Mountains receiving the brunt of it.

“Take extra care over the next few days and keep an eye on friends, neighbours, and those without shelter,” the Bureau of Meteorology said. While the weather service also warned of an increased avalanche risk around the Alpine mountains.

Have you been caught out in the wild weather? Do you know anyone caught up in it?