US governor: ‘I’d rather die than ruin the economy for my grandkids’ 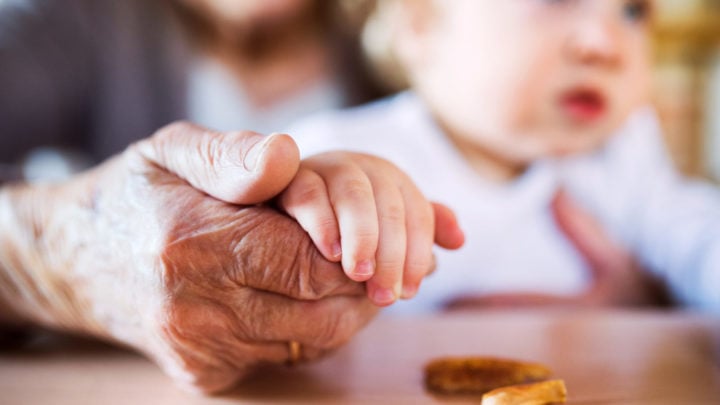 Patrick said he and other grandparents would agree that their grandchildren are the most important thing. Source: Getty.

As Donald Trump announced his plans to re-open the US economy within a few weeks, despite the advice of public health authorities, the lieutenant governor of Texas has argued that he would rather die than see extensive public health measures damage the economy.

Lt Gov Dan Patrick, 69, told Fox News he has spoken to hundreds of people in the past week who have said the same thing, adding that he believed many other grandparents across the US would agree with his stance. Patrick assured that he was going to live smart in order to survive the current pandemic, but insisted that he didn’t want the whole world to be sacrificed in order for him to do so.

Tx Lt Gov Dan Patrick says grandparents would be willing to die to save the economy for their grandchildren pic.twitter.com/wC3Ngvtsbj

When talking about taking a chance on his personal survival in exchange for maintaining the best parts of the American economy for his children and grandchildren, Patrick said he was “all-in”.

“My message: let’s get back to work, let’s get back to living, let’s be smart about it, and those of us who are 70-plus, we’ll take care of ourselves. But don’t sacrifice the country,” he said. “That doesn’t make me noble or brave or anything like that. I just think there are lots of grandparents out there in this country like me that what we all care about and what we love more than anything are those children.”

The comments from the Texas Republican come after Australian Prime Minister Scott Morrison announced on Tuesday evening that 2020 would be the hardest year for many Australians. Morrison said that with so many jobs and work hours being cut as well as entire businesses closing — the government was aware that their decisions were affecting daily lives but asked the nation to band together regardless to stop the spread of the virus.

“The queues that we saw outside Centrelink, the challenges and frustrations people have had in gaining access is a sheer function of the extraordinary and overwhelming demand, and we will work night and day to ensure that we can get more capacity into these systems,” he said.

“But what this reflects is the size of the need and the size of that need is demonstrated by the impacts of what the coronavirus and the many things that governments are having to do to limit its health impacts across the country and to ensure that we can protect the lives of Australians.”

According to the Department of Health, the risk of Covid-19 increases with age, meaning those over the age of 60 — or over 50 for people of Aboriginal and Torres Strait Island people descent — are at a greater risk of developing more serious illnesses from the virus.

Do you agree with Lt Gov Patrick? Or do you think grandparents still need to be highly prioritised?