As Tony Abbott leaves parliament, here’s how much he’ll earn from his pension 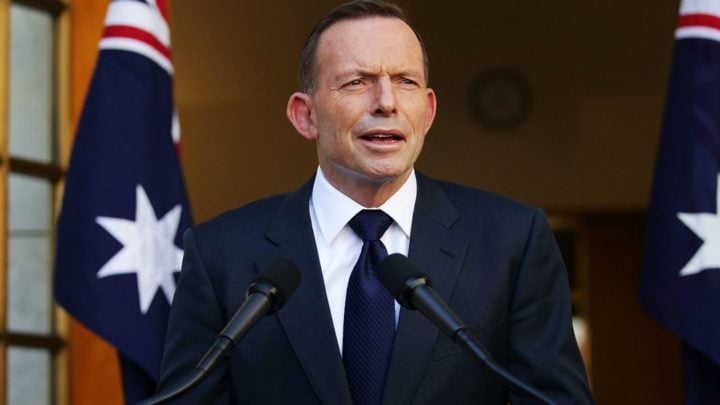 Former Prime Minister Tony Abbott was booted out of parliament last weekend after losing his seat of Warringah, in New South Wales, to independent candidate Zali Steggall, having been the elected member for the Sydney constituency for a total of 25 years.

While Abbott may still yet land a cushy government job, with some touting him as a possible replacement for US Ambassador Joe Hockey, the 61-year-old Liberal will not be taking up his seat in the Lower House when the 46th Parliament of Australia is officially opened, meaning he can now cash in on his parliamentary pension.

Having joined parliament in 1994, Abbott is entitled to retirement income according to the old parliamentary pension scheme which was brought to an end in 2004 when then-Prime Minister John Howard introduced the Parliamentary Superannuation Bill.

The new bill drastically lowered the amount of income MPs were entitled to upon leaving parliament, placing them on a standard superannuation scheme instead of the former six-figure entitlement they received thanks to the in the Parliamentary Contributory Superannuation Scheme (PCSS).

All politicians who joined parliament from October 9 2004 onwards are subject to these updated rules, including former Prime Minister Malcolm Turnbull who retired from politics after being ousted by Scott Morrison last August.

Read more: Free travel to super packages: The perks of being a former prime minister

So, now that he’s no longer an MP, how much is Abbott set to earn?

What is the Parliamentary Contributory Superannuation Scheme?

According to the government website, upon retiring from parliament, a member is entitled to a pension if they have either; completed 12 or more years service, or served four parliamentary terms. Or, if retirement is involuntary and the member has completed not less than eight years service or has served three terms in parliament.

How much will Tony Abbott get?

As Abbott is entitled to payment under the PCSS, his pension packet will be sizeable, with the former PM actually set to pocket around $100,000 more each year than his final salary of $207,000 (the base rate of MPs).

According to SBS, Abbott will enjoy an annual pension of $295,720 – and the figure even has the potential to increase over time, as pensions on the pre-2004 scheme are actually set according to current MPs’ salaries, which are more likely to rise than fall.

The sum is comprised of a percentage of the base wage according to years served, which works out at 75 per cent due to Abbott’s long-stint in service. Therefore he gets $122,903.

The next amount is his entitlement relating to any official roles undertaken which, in Abbott’s case is quite substantial due to the many different roles he has fulfilled over the years, working out at $172,827.

What are your thoughts on this story? Do you think the new super scheme for pollies is fairer than the old entitlement?