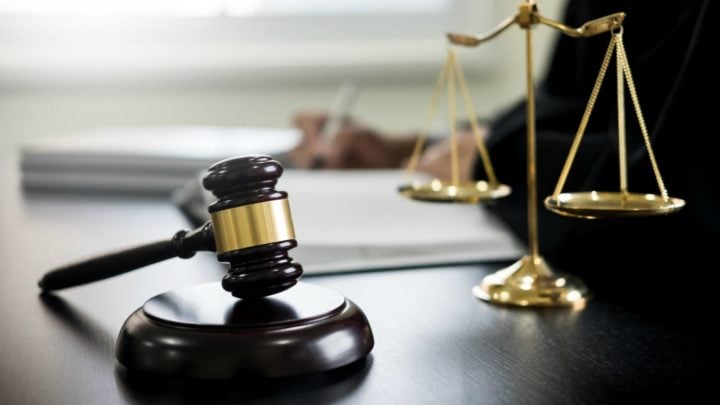 A mother and father face time in prison for feeding their daughter a vegan diet which made her malnourished. Source: Getty

A baby girl was so malnourished from being fed a vegan diet that she couldn’t sit up and didn’t have any teeth at the age of 19 months, a court has heard.

Parents of the toddler faced court on Thursday where they pleaded guilty to failing to provide for her, causing danger or serious injury, The Sydney Morning Herald reports.

During the hearing at Downing Centre District Court in Sydney, it was revealed the baby’s diet consisted of oats, potatoes, rice, tofu, bread, peanut butter and rice milk, with only a mouthful of fruit or a couple of sultanas as a snack.

The court reportedly heard the toddler became so malnourished that she weighed only 4.89 kilograms when she was hospitalised in March last year after suffering a seizure. She was 19 months old at the time yet reportedly looked as if she was only three months old.

The foster mum of a baby girl left severely malnourished after being fed a vegan-only diet by her biological parents has told a sentencing hearing of the developmental problems the child has suffered. The couple could face 5 years prison. https://t.co/aGQFgByJh6 #TheLatest #7NEWS pic.twitter.com/rq6od3Zn7b

Harrowing pictures shared in court, and published by 7 News, show the little girl’s incredibly small frame as she lay in an intensive care hospital bed after developing rickets, a degenerative bone disease caused by a shortage of vital nutrients.

Multiple reports claim the baby was then placed into foster care, however she continues to struggle as she is now considered obese due to her small stature.

Speaking at the hearing, her carer explained the toddler is only as tall as a one-year-old but has gained weight since changing diet.

“When she meets new people socially they always ask her age and are shocked how small she is,” The Sydney Morning Herald reports she said in court. “It’s like her body is storing calories in case she needs them in the future.”

According to the Daily Mail, the court heard the mother told a hospital dietician that the whole family followed a strict vegan diet. This ultimately led to severe deficiencies for the baby, including a lack of calcium, phosphate, vitamin B12, vitamin A, iron and zinc.

The court heard the toddler’s bones were so brittle that they could have easily broken by just holding her. It was also revealed in court that the baby hadn’t received any vaccinations.

The father’s defence barrister, Frank Coyne, said in court that his client believed his daughter was healthy and that the mother was the primary caregiver, The Sydney Morning Herald reports.

While the child is reportedly progressing well it has not been an easy journey, with many challenges to be faced in the future.

“The gains have not come easily,” the Daily Mail reports the carer said in court. “This crime has had a long-term impact on her development.”

Both the mother and father face a maximum of five years in prison. The case has been adjourned until June 28.