This is the one thing Australians can’t agree on 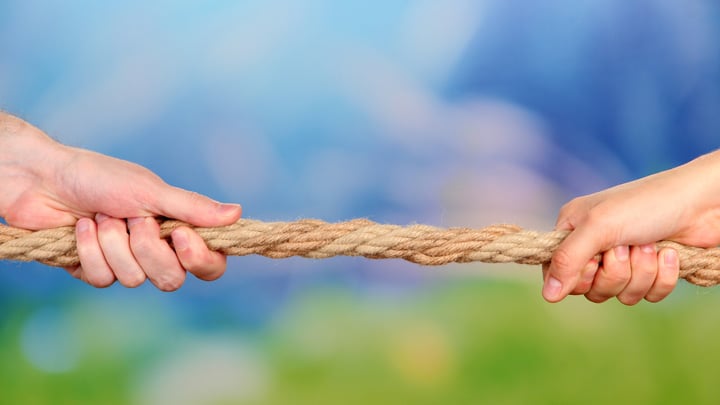 It’s divided the entire world for years, but a huge new study has revealed just how truly divided Australians are on the issue.

Despite scientists, researchers, academics, politicians and activists constantly stressing what is happening and that it is a real problem, almost 50 per cent of Australians are still struggling to believe climate change is caused by humans and that we need to change the way we are living to have a positive effect on global warming.

And it doesn’t just come down to what you’ve been told and believe, you may be swayed by your political party: only one in four Liberal voters accepts climate change is mostly caused by humans, and more than half of Liberal voters believing changes to global temperatures are natural, according to a CSIRO survey.

The huge new report, which analysed the findings of five surveys of Australian attitudes over the last five years showed the great debate that exists in society.

While 80 per cent of respondents accepted the climate was changing, 38.6 per cent of people think this warming is natural, 7.9 per cent believe it’s not occurring at all, and the rest just do not know what is causing it.

Fairfax reports that of 3789 respondents since the September 2013 election, 52 per cent of Liberal voters thought climate change was happening but it was natural, compared with 42 per cent of Nationals voters, 31 per cent of Labor and 17 per cent of Greens voters.

It really goes to show how challenging it will be for the Turnbull government to convince the voting public that climate change is a priority, and that steps taken and money spent will be worth it.

In comparison to the layman, all the world’s major science academies and around 97 per cent of published scientists accept climate change is caused by humans.

So with a PM who wants to make a change in this area, could Liberal voters change their opinions because of him? Andy Pitman, Director of ARC Centre of Excellence for Climate System Science at the University of NSW, says yes, “To a substantial degree, when asked, a significant fraction of the public say what they think their preferred party says”.

The CSIRO also shows that respondents were confused about the subject in general, with conflicting answers and strange responses – some believed global warming wasn’t happening, yet blamed it on human activity, and those who didn’t feel climate change was real said they relied on their friends and family for this information.

So we want to know today: Do you believe climate change is happening? If so, why? And who caused it?