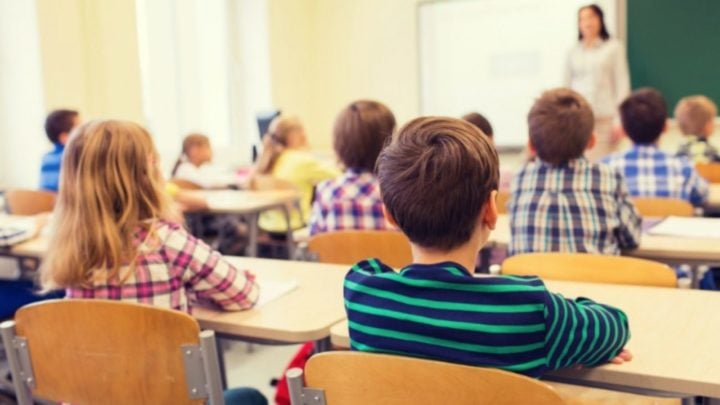 Students would have to be praised a certain amount of times a week. Source: Getty.

A new policy forcing some Australian teachers to meet ‘praise targets’, essentially requiring them to applaud a certain number of students a week for good behaviour, has come under fire – with some branding it “Orwellian” and “crazy political correctness”.

Queensland Teachers’ Union president Kevin Bates revealed the new plan to The Courier Mail, explaining some Queensland schools will now ask teachers to use the OneSchool database – where cases of injury, bullying or truancy can be reported – to meet a “ridiculous” praise quota.

However the idea has come under major fire, with 2GB host Chris Smith slamming the move on Sunrise, saying: “Wow. Not only silly [that] the teachers would have to tabulate this somewhere, but even sillier that they’d have to follow a quota as if somehow the behaviour in the classroom is consistent every time they have a class.

“If teachers don’t know they need to extend the positive reenforcement as much as possible – because it is handy, it does work – they shouldn’t be anywhere near a classroom.

“But to weigh them down with that kind of chore is almost kindergarten-like, and to say to kids ‘oh you’ve done so well’ when they probably haven’t at the time…”

Teachers are being given quotas for compliments, and some need to give minimum 20 positive remarks a week. pic.twitter.com/eFPwjMh7qq

Social commentator Jane Caro agreed, adding: “It’s going to have the opposite of the desired effect and could make praising kids a chore instead of a pleasure. If a kid is doing something that they haven’t done before, or they’re doing something better, as a teacher of course you’re going to want to say to them, ‘Hey great work, fantastic’.

“Now it’s going to be, ‘Oh now I’ve got to write it down somewhere and record it’ and suddenly all the pleasure goes out of the praise for the teacher and for the student.”

He added that singling some students out for the sake of it could even be creating a generation of “wusses’’.

OneSchool is described on its official website as “the department’s comprehensive software suite that schools use to run safe, secure, sustainable and consistent reporting and administrative processes”. An Education Queensland spokesman told the news outlet that a “wide range of information’’ was entered into the OneSchool database, when approached for comment.