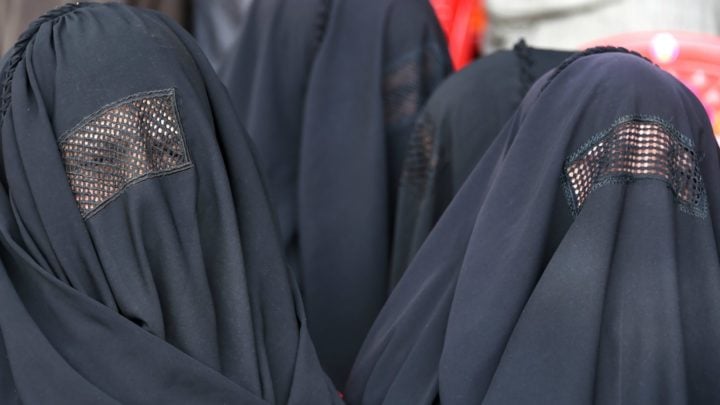 The emergency law, which takes effect from Monday, prevents women and men from veiling their faces. Source: Getty

The Sri Lanka government has banned all kinds of clothing that cover the face, such as niqabs and burqas, in the wake of the Easter suicide bombings, which left at least 321 people dead and more than 500 injured.

The emergency law, which takes effect from Monday, prevents women and men from veiling their faces. However, the law does not prevent women wearing the chador or the hijab, which leave the face exposed.

“President Maithripala Sirisena took this decision to further support the ongoing security and help the armed forces to easily identify the identity of any wanted perpetrators,” a press release from the president’s office said, according to CNN.

A series of coordinated terrorist attacks rocked the country on Easter Sunday. The attacks took place as Christian worshippers attended services to mark the religious occasion, while bombs were also detonated in a number of luxury hotels in the country.

Some reports claimed bombs were detonated as holidaymakers queued for their breakfast. There were originally a total of eight blasts hitting four hotels and three churches, with the first taking place at around 8.45am on Easter Sunday (1.45pm AEST).

Meanwhile, it comes just a week after Islamic State claimed responsibility for the Easter Sunday bombings at churches and hotels in Sri Lanka. The terrorist organisation made the claim of responsibility via its Amaq news agency last week.

“The perpetrators of the attack that targeted nationals of the countries of the coalitions and Christians in Sri Lanka before yesterday are fighters from the Islamic State,” the message said, according to The Sydney Morning Herald.

In a later statement, the group identified the seven suicide bombers by their noms de guerre (false name).

“The preliminary investigations have revealed that what happened in Sri Lanka was in retaliation for the attack against Muslims in Christchurch,” he told parliament.

Have you been following this story? What are your thoughts on this?