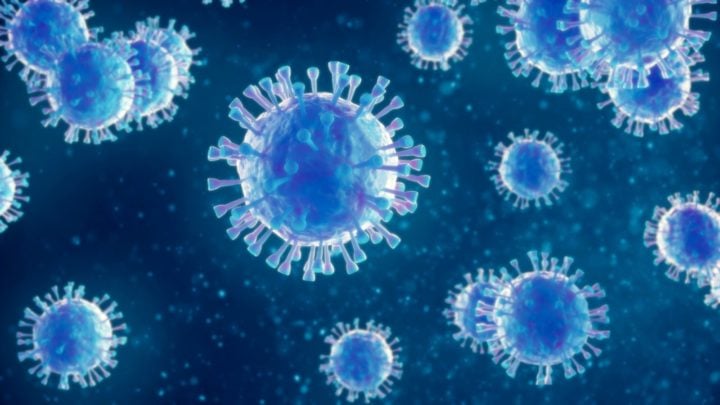 Scientists believe the virus is being transmitted from human-to-human contact. Source: Getty.

The first Australian case of coronavirus has been confirmed in Victoria.

Victorian Health Minister Jenny Mikakos confirmed the news on Saturday morning. According to multiple news outlets, the 50-year-old man is a Chinese national and had arrived in Australia on 19 January after spending two weeks in Wuhan.

“It is important to stress that there is no cause for alarm to the community,” Mikakos told reporters on Saturday. “The patient is isolated and is undergoing treatment and we do not have any further suspected cases at this stage.”

Earlier today, NSW Health confirmed five people are now being tested for coronavirus, which has infected more than 600 people and killed at least 41. According to a number of reports, another two people in Queensland are also being assessed for the virus.

Meanwhile, it comes a few hours after France officials confirmed three people have the deadly new virus from China.

The outbreak of the previously unknown coronavirus originated in a seafood market in the city of Wuhan and has so far spread to seven other countries: Thailand, Japan, South Korea, Taiwan, US, France, and now Australia.

While it was initially believed that the new virus was primarily passed from animals to humans, scientists now think it is being transmitted from human-to-human.

“Additional investigations are needed to determine how the patients were infected, the extent of human-to-human transmission, the clinical spectrum of disease, and the geographic range of infection,” the World Health Organisation (WHO) said in a statement on Tuesday.

“We will be raising the level of our travel advice for Wuhan City to level 2 — exercise a high degree of caution,” Morrison warned. “I urge all Australians travelling to check the DFAT Smartraveller website for specific updates.”

According to the government’s Smartraveller website, Australians have been told to reconsider travelling to Wuhan.

“We now advise all Australians to reconsider their need to travel to Wuhan,” a statement on their website read. “The Chinese authorities have put new measures in place to contain the spread of the coronavirus. This includes wearing masks in public places and avoiding travel in and out of Wuhan.”