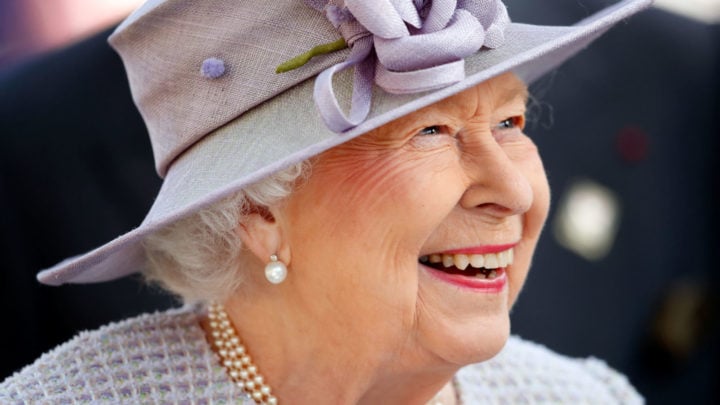 The gaffe on the royal family's website had not been corrected as of Monday morning. Source: Getty.

We’ve all clicked one wrong key and ended up where we didn’t intend to online, so you’ll understand the embarrassment of a royal staffer this morning after a link on the official Royal.uk website diverted users to a very unexpected domain.

Visitors trying to learn more about Welsh charity Dolen Cymru, which is supported by Prince Harry and mentioned on his patronages page, got a shock over the weekend as they were instead referred to a Chinese pornography site.

The story was first reported by British tabloid The Sun on Sunday evening, however on Monday morning (AEST) the very rude gaffe still had not been corrected with those clicking the link still being diverted to the X-rated website, which features explicit videos and imagery.

Dolen Cymru was founded in 1985 to promote positive change across Wales, as well as working to improve the lives of those living in the southern African Kingdom of Lesotho. Prince Harry is royal patron of the charity, which is based in the Welsh capital of Cardiff.

A snippet of information on the royal family’s website – accessed via the Duke of Sussex’s biography page – features a link to the charity’s official website, however it is this faulty link that sends users to the explicit foreign website rather than to Waleslesotholink.org.

The royal family’s official site is the main source of information for those interested in the life of Her Majesty the Queen or her extended family, including Prince Charles, the Duke and Duchess of Cambridge and, of course, Prince Harry and Meghan.

It features information about each individual member of the royal family, including all of the charities they support and patronages they hold. The site also hosts the royal diary which documents upcoming engagements and duties set to be carried out by members of the firm.

In 2018 the Royal.uk website made headlines after it was finally amended to include mention of the Duchess of Sussex’s former career as a television actress. Following her marriage to Prince Harry, Meghan’s official bio omitted any mention of her long-running role in legal drama Suits.

However it was later amended to read: “After university Her Royal Highness worked as an actress, appearing in film and television. She most notably played the role of Rachel Zane on the series Suits for seven seasons, completing over 100 episodes.

“Whilst working on Suits, The Duchess moved to Toronto, Canada where the show was filmed; she feels very connected to Canada, as it became a second home to her.”

Have you suffered any embarrassing online blunders?