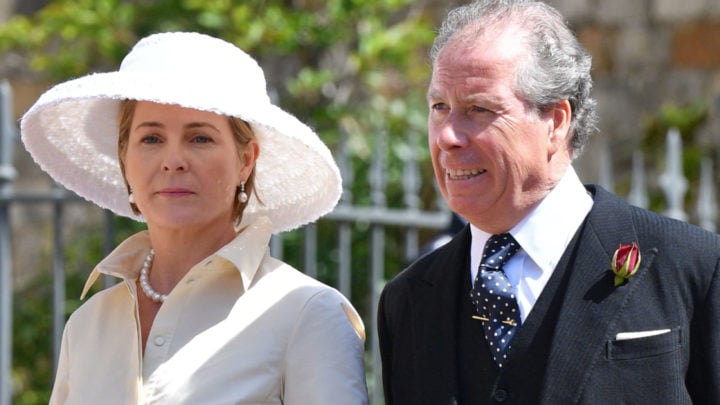 It has been a tumultuous start to the year for the British royal family, following Prince Harry and Meghan’s decision to quit as senior members of the royal family and the news that the Queen’s favorite grandson Peter Phillips was splitting from his Canadian wife Autumn.

Now the monarch has been dealt another blow as Her Majesty’s only nephew David Armstrong-Jones, the 2nd Earl of Snowden has announced he is set to divorce his wife of more than 26 years Serena, Countess of Snowden.

The news broke in the UK on Monday evening as a spokesperson for the earl – who is the eldest child of Princess Margaret and Antony Armstrong-Jones – released a statement to the media.

“The Earl and Countess of Snowdon have amicably agreed that their marriage has come to an end and that they shall be divorced,” the statement read, reports The Telegraph. “They ask that the press respect their privacy and that of their family.”

Lady Margarita was one of the adorable young bridesmaids at the wedding of the Duke and Duchess of Cambridge in April 2011, when she was just eight years old.

Along with his younger sister Lady Sarah Chatto, 55, the Earl of Snowdon is not a working member of the royal family and runs his own high-end furniture company. Prior to her marriage, Serena worked as a trainee at auction house Sotheby’s, before joining fashion house Giorgio Armani as a publicist.

The sad news comes just one week after the Queen’s grandson Peter Phillips announced he and wife Autumn were planning to end their marriage after 12 years.

British tabloids first reported the news on Feburary 10 and the couple released an official statement just one day later, confirming the news. It read: “The decision to divorce and share custody came about after many months of discussions and although sad, is an amicable one.

“Peter and Autumn have requested privacy and compassion for their children while the family continues to adapt to these changes.”

Peter, who is often referred to as Her Majesty’s favourite grandson, married Autumn at Windsor Castle in 2008, five years after they first met at the Montreal Grand Prix where they were both working.

The couple, who live on the Gatcombe Park estate, share daughters Savannah, nine, and Isla, seven, both of whom were bridesmaids at Princess Eugenie’s wedding.