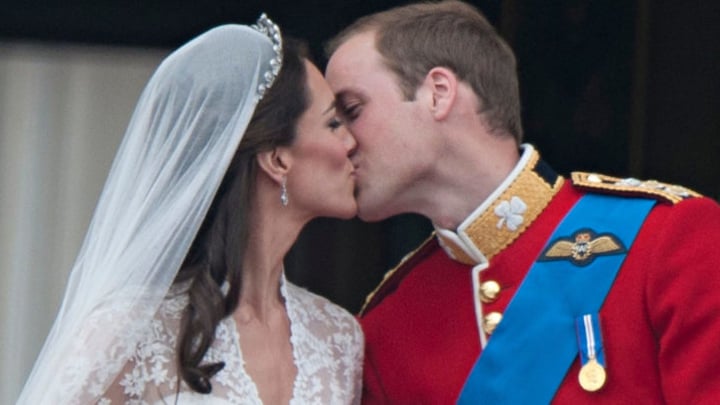 The Duke and Duchess of Cambridge celebrated their eighth wedding anniversary on Monday, and Her Majesty the Queen marked the occasion in a special way.

Catherine was personally gifted a prestigious new title by the Queen in recognition of her “services to the monarch”, Buckingham Palace confirmed in a statement.

“The Queen has been pleased to make the following appointment to the Royal Victorian Order,” a palace spokesperson said.

“To be a Dame Grand Cross of the Royal Victorian Order (GCVO) – HRH The Duchess of Cambridge.”

Awards in the Royal Victorian Order are made personally by The Queen, with the Dame Grand Cross being the highest of five levels within the order of knighthood.

Catherine follows in the footsteps of Camilla, Duchess of Cornwall, who was presented with the same honour during the monarch’s Diamond Jubilee year in 2012.

🎊 8 years ago today — thank you for your lovely messages on The Duke and Duchess of Cambridge’s wedding anniversary! 📷PA

The royal couple, who share three children together, marked their anniversary by sharing an album of sweet photographs with their fans on social media, alongside the caption: “8 years ago today — thank you for your lovely messages on The Duke and Duchess of Cambridge’s wedding anniversary!”

One of the images showed the couple waving to the crowds from the balcony of Buckingham Palace, while another showed the newly married couple making their way out of Westminster Abbey following their ceremony.

The third image showed Prince William chatting nervously with his brother, and best man, Prince Harry, while the final photo was of the crowds of well-wishers who gathered along London’s iconic mall for the occasion.

Fans went wild for the photos and sent their own messages of support to the Cambridges, with one writing: “William & Kate’s wedding was the first time most of us got a chance to watch a royal wedding and it surely didn’t disappoint! It was every bit of magical and dreamy! Wishing the Duke & Duchess of Cambridge a lifetime of happiness together!”

Another said: “Congratulations to our future King and Queen on your wedding anniversary. It was truly the wedding of the century! 8 years and 3 most beautiful children later, your marriage is an inspiration to all.”

Read more: ‘I wanted to make them proud’: Carole Middleton opens up on Catherine’s wedding

Do you remember watching the wedding of Prince William and Catherine? Do you think the Duke of Cambridge will make a good king?