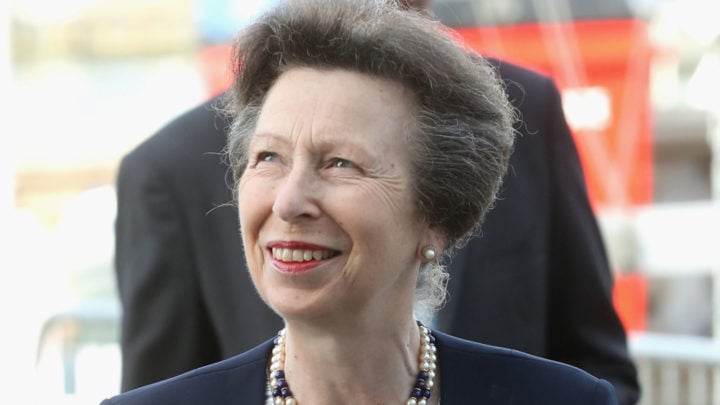 The Princess Royal, pictured here in 2018, is the cover star of this month's Vanity Fair magazine. Source: Getty.

She is widely regarded as the hardest-working member of the British royal family, preferring to live her life largely away from the spotlight despite being the daughter of Her Majesty the Queen. However Princess Anne has now given a rare insight into her lifetime as a senior royal in an interview with Vanity Fair magazine.

The Princess Royal spoke to the magazine about her duty of “service” and credits her mother and father, the Duke of Edinburgh, with setting that example for her. However the 69-year-old admitted it took her years to feel confident in her role and believes younger royals should do the same, rather than looking for “new ways” to approach their patronages and official duties.

“It took me probably 10 years before I really felt confident enough to contribute to Save the Children’s public debates, because you needed to understand how it works on the ground and that needed a very wide coverage. So my early trips were really important,” she said.

“I don’t think this younger generation probably understands what I was doing in the past and it’s often true, isn’t it? You don’t necessarily look at the previous generation and say, ‘Oh, you did that?’ Or, ‘You went there?’ Nowadays, they’re much more looking for, ‘Oh let’s do it a new way’.”

She also urged younger members of the firm not to try and “reinvent the wheel” when it comes to the way the monarchy approaches philanthropy, describing herself as “the boring old fuddy-duddy at the back saying, ‘Don’t forget the basics'”. She added: “We’ve been there, done that. Some of these things don’t work. You may need to go back to basics.”

Presenting May cover star: Princess Anne! The queen’s only daughter, who turns 70 this summer, is busier than ever—just when the royal family needs her. In an interview with V.F., she opens up about her public and private life, the differences between her generation and the younger royals, and a life lived in the Firm. Read the full cover story at the link in bio. 📸: Snowdon /@trunkarchive, 1969.

While the Queen’s only daughter, 69, did not call out any of her relatives by name, many people have been quick to link her comments with the recent decision made by the Duke and Duchess of Sussex to step away from their roles as senior royals and carve out a new life for themselves in America.

One person commented: “Harry should have learned from her … she’s amazing.” Another said: “She has forgotten more about being a hard working member of the Royal Family than they will ever learn.”

While another wrote: “Meghan Markle needs to take lessons from the Princess Royal.”

During the interview with Vanity Fair Anne also touched upon her decision not to give her children royal titles – an offer that would have been made to her by the Queen upon the birth of Peter, 42, and Zara, 38. She told the magazine: “I think it was probably easier for them, and I think most people would argue that there are downsides to having titles. So I think that was probably the right thing to do.”

Fans also praised the magazine for selecting Anne as their May cover star, as the world continues to battle the ongoing Covid-19 pandemic, describing the down-to-earth royal as the perfect choice. One person commented: “Perfect choice for the cover at times such as these you could not have put any random (transient) celeb… Princess Anne is an icon of hard work, consistency, a strong character and unwavering loyalty to her country and to her mother. A class act.”

Another wrote on Twitter: “Princess Anne is one of my favorite Royals. She is a hard working role model who is no nonsense and intelligent. I absolutely LOVE her.” While another commented: “How wonderful to dedicate the cover to someone who has literally devoted her life to service and not celebrity. She is the perfect choice. So much respect for this ‘boss’ of a Princess.”

Are you a fan of Princess Anne?