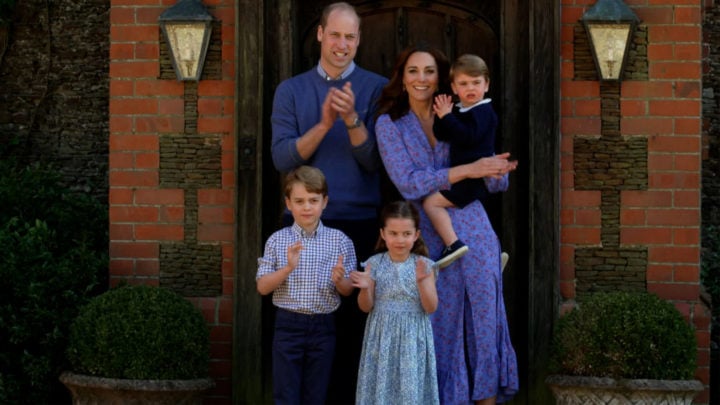 Prince William has opened up about his experience becoming a father and admitted it was “one of the scariest” moments of his life and brought back memories of his late mother Princess Diana.

The Duke of Cambridge has spoken candidly about his battle with his mental health in the past, however, in a new documentary set to air in the United Kingdom in coming days, the royal has shed some light on just how challenging it has been, particularly when his eldest son Prince George was born.

The documentary titled Football, Prince William and our Mental Health, focuses on smashing stereotypes and removing the stigma surrounding mental health and men. The duke plays a big role in the film as he listens to the stories of sports stars and fans and shares his own experiences with mental illness.

During one conversation with former soccer player Marvin Sordell, who has suffered from depression, William speaks about the death of his mum Princess Diana and how it has impacted his life. In the documentary, scheduled to air on the BBC in the UK on May 28, Sordell admits how hard it was becoming a father for the first time, having grown up without a father.

Remembering his own experience William says in a clip released from the film: “Having children is the biggest life-changing moment, it really is … I think when you’ve been through something traumatic in life, and that is like you say, your dad not being around, my mother dying when I was younger, the emotions come back in leaps and bounds.”

However, the duke says with the support of his wife Catherine he’s been able to pull through the tough times. He tells Sordell in the documentary that they “evolve and learn together”.

“I can completely relate to what you’re saying about children coming along – it’s one of the most amazing moments of life, but it’s also one of the scariest,” William says.

The rest of the documentary follows William as he meets various football players and fans from around Britain to discuss the issue of mental illness and suicide among young men. Former England goalkeeper Joe Hart is featured in the film, explaining how he has learn to cope with the difficulties faced throughout his career, meanwhile bereaved fathers talk about how their local football team has supported them to speak out about their struggles.

Meanwhile, William also uses the documentary to talk about the history of Britain and how it has led to the stigma and silence around mental illness today. It’s been described as “honest and touching”, with a powerful message about William’s passion for awareness and change.”

Have you battled with your mental health? What was it like becoming a parent for the first time?