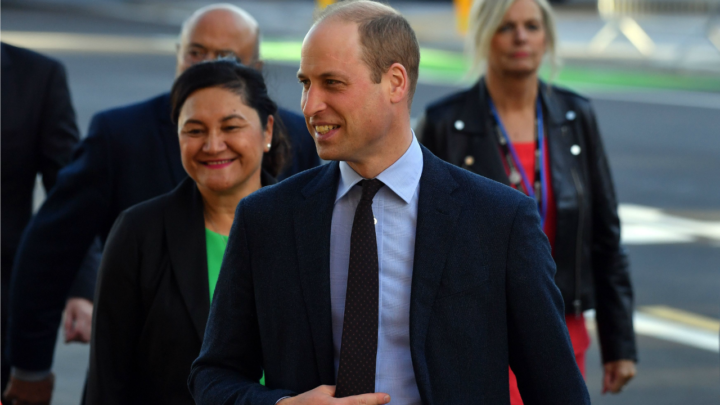 The Duke of Cambridge visited New Zealand on behalf of Queen Elizabeth, at the request of Jacinda Ardern. Source: Getty

The world is waiting with baited breath for the announcement that the Duke and Duchess of Sussex have welcomed their first child, and during a two-day trip to New Zealand Prince William couldn’t escape royal baby mania as one well-wisher questioned if there had been any sign of baby Sussex arriving.

According to a video, obtained by New Zealand Woman’s Weekly, during a walkabout in New Zealand, an eager royal fan asked the prince, “Any sign of the royal baby,” to which he replied, “I haven’t got my phone on me, I have no idea. You guys will find out before I do at this rate.”

Any sign of the royal baby? Why doesn’t Prince William suffer from jet lag? Prince William was full of smiles this afternoon, enjoying meeting and having some friendly jokes with the NZ public as he attended a walkabout in Christchurch. #princewilliam #christchurch #royals #royalvisit #royalvisitnz #babysussex #harryandmeghan #dukeofcambridge #britishroyals #princeharry 📷 Marie Han ❤️

The Duke of Cambridge visited New Zealand on behalf of Queen Elizabeth, at the request of Jacinda Ardern. Prince William paid tribute to those affected by the Christchurch mosques terrorist attacks during his visit.

While the world is on royal baby watch with Meghan, Duchess of Sussex due to give birth any day now, her husband Prince Harry and sister-in-law Catherine, Duchess of Cambridge honoured Australia and New Zealand’s fallen soldiers when they attended an Anzac Day service at Westminster Abbey on Thursday.

Both Harry and Catherine represented the royal family at this year’s service, while royal fans will recall Harry and Meagan visited an Anzac memorial in Sydney during their royal visit in 2018.

For the service, Catherine, 37, opted for an elegant teal coat, complete with a matching floral fascinator. The mother-of-three accessorised with a green clutch and matching suede stilettos. Prince Harry looked smart in a suit and proudly wore a range of war medals to the service.

Meanwhile, Prince William joined crowds in Auckland, New Zealand, to pay his respects. He was joined by New Zealand PM Jacinda Ardern at the Auckland Museum for the Anzac Day Civil Service. He was spotted greeting families and laying a wreath at the touching service.

Earlier this month the palace released an official statement, confirming that the duke and duchess would remain private about the birth of their child, with Meghan opting to ditch the famous photo-op on the hospital steps – which has been carried out by both the Duchess of Cambridge and Princess Diana over the years.

The statement, which was shared online by British royal reporter Chris Ship, also made no mention of which hospital the duchess would be giving birth in, with unconfirmed reports suggesting that Meghan would prefer to have a home birth.

“The Duke and Duchess of Sussex are very grateful for the goodwill they have received from people throughout the United Kingdom and around the world as they prepare to welcome their baby,” it read.

“Their Royal Highnesses have taken a personal decision to keep the plans around the arrival of their baby private. The Duke and Duchess look forward to sharing the exciting news with everyone once they have had an opportunity to celebrate privately as a new family.”

Are you a fan of the British royal family? Are you looking forward to the upcoming birth of Baby Sussex?