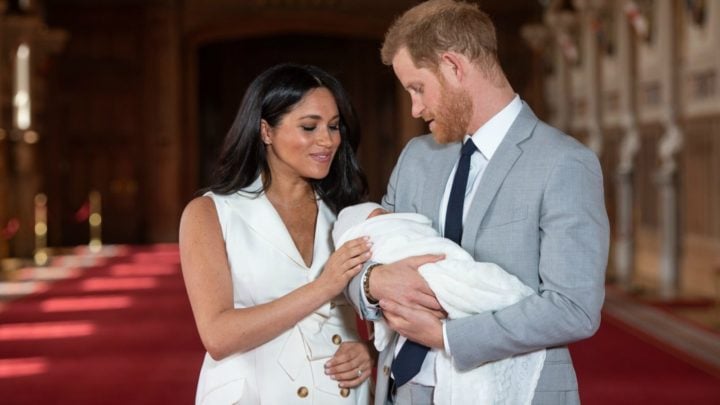 Argentinian polo star Nacho Figueras, a close friend of Prince Harry’s, has passionately defended the royal couple’s decision to pursue legal action against a major British media company and criticised the media during an appearance on The Ellen DeGeneres Show.

The polo player, who’s been friends with Harry for about 13 years, shared a snippet of the episode to his Instagram account. In the clip, host Ellen begins by saying that she and Nacho “feel very strongly and support what’s happening right now to protect themselves”.

Nacho then points out how Harry and Meghan are using their time “to make the world a better place”. “To me, the most surprising thing is that the media and even some people are not seeing that these are heroes,” he tells Ellen. “We should be treating them as heroes.

“These guys are taking the time to make the world a better place. They’re all fighting for us. And instead of us embracing them and loving them and cheering them up, we’re attacking them. It’s a shame.”

The clip was accompanied by a moving caption, in which the polo star wrote: “Thank you my friend @theellenshow for opening the conversation on why love should be the answer when we talk about people that work so hard to make the world a better place.

“I will defend my friends @sussexroyal with my life because they are making a difference and we should all be supporting and helping instead of attacking. Let’s be kind to one another.”

Thank you my friend @theellenshow for opening the conversation on why love should be the answer when we talk about people that work so hard to make the world a better place. I will defend my friends @sussexroyal with my life because they are making a difference and we should all be supporting and helping instead of attacking. Let’s be kind to one another.

The support comes just one week after the royal couple launched legal action against the Mail on Sunday after “the intrusive and unlawful publication” of a private letter, written by the Duchess of Sussex to her father Thomas Markle.

“Unfortunately, my wife has become one of the latest victims of a British tabloid press that wages campaigns against individuals with no thought to the consequences – a ruthless campaign that has escalated over the past year, throughout her pregnancy and while raising our newborn son,” Harry said in an official and lengthy statement at the time.

“There is a human cost to this relentless propaganda, specifically when it is knowingly false and malicious, and though we have continued to put on a brave face – as so many of you can relate to – I cannot begin to describe how painful it has been. Because in today’s digital age, press fabrications are repurposed as truth across the globe. One day’s coverage is no longer tomorrow’s chip-paper.”

The duke said he’s been unable to comment on the false reports until now, with the process of taking legal action lasting several months, but he’s finally spoken out after seeing a stream of positive coverage from the same publications over the last week as the couple toured South Africa – which he described as “double standards”.

And over the weekend, according to multiple reports, Harry himself launched legal proceedings against the owners of The Sun and The Daily Mirror over alleged phone-hacking. Buckingham Palace reportedly stated that the claims had been filed at the High Court “regarding the illegal interception of voicemail messages”.

A spokeswoman for News Group Newspapers (NGN) – the publishers of The Sun and the now-defunct News of The World – told the BBC: “We confirm that a claim has been issued by the Duke of Sussex.” It’s claimed the allegations predate 2010, so may be linked to the highly publicised phone-hacking scandal in the early 2000s that eventually shut down the News of The World. That, however, is yet to be confirmed.

The phone-hacking scandal saw multiple journalists arrested over claims they’d hacked into celebrities’ private voicemail messages – before using the information to write stories. Princes William and Harry, as well as the Duchess of Cambridge, were all named among the victims in the 2011 trial.

Have you been following this story? Do you agree with Nacho Figueras? Do you think the media should leave Prince Harry and Meghan alone?