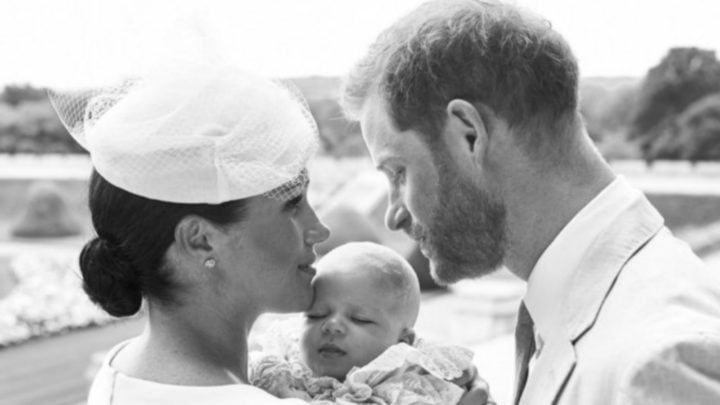 Prince Harry has opened up about his future family plans in a interview with conservationist Jane Goodall, which appears in the Duchess of Sussex’s guest-edited British Vogue September issue.

In the candid chat, the 34-year-old new dad revealed he and his wife Meghan will have no more than two children in a bid to help save the planet.

“I view it differently now, without question,” he said. “But I’ve always wanted to try and ensure that, even before having a child and hoping to have children.”

When Goodall added: “Not too many,” Harry responded: “Two, maximum.”

“But I’ve always thought: this place is borrowed,” he went on. ” And, surely, being as intelligent as we all are, or as evolved as we all are supposed to be, we should be able to leave something better behind for the next generation.”

Earlier this summer HRH The Duke of Sussex met with world renowned ethologist Dr. Jane Goodall for an intimate conversation on environment, activism, and the world as they see it. This special sit-down was requested by The Duchess of Sussex, who has long admired Dr. Goodall and wanted to feature her in the September issue of @BritishVogue, which HRH has guest edited. HRH and Dr. Goodall spoke candidly about many topics including the effects of unconscious bias, and the need for people to acknowledge that your upbringing and environment can cause you to be prejudiced without realising it. The Duke described that “[when] you start to peel away all the layers, all the taught behaviour, the learned behaviour, the experienced behaviour, you start to peel all that away – and at the end of the day, we’re all humans.” • Through @RootsandShoots the global youth service program @JaneGoodallInst founded in 1991, she has created and encouraged a global youth community to recognise the power of their individual strength – that each day you live, you can make a difference. Photos: ©️SussexRoyal / Chris Allerton #ForcesForChange

Harry and Meghan welcomed their first child, Archie Harrison Mountbatten-Windsor, in May. The famed conservationist recently revealed in an interview that she got the chance to meet and cuddle baby Archie, saying he was “very cute and very gentle”.

Harry also spoke of the “unconscious bias” of racism, saying: “Despite the fact that if you go up to someone and say, ‘What you’ve just said, or the way that you’ve behaved, is racist’ – they’ll turn around and say, ‘I’m not a racist’.

The special sit-down was requested by the duchess, who has long admired Goodall and wanted to feature her in the September issue of British Vogue, titled ‘Forces for Change’.

What do you think of Harry’s interview with Jane Goodall? How many kids do you have?