Tradition trumps all: Most popular members of royal family revealed 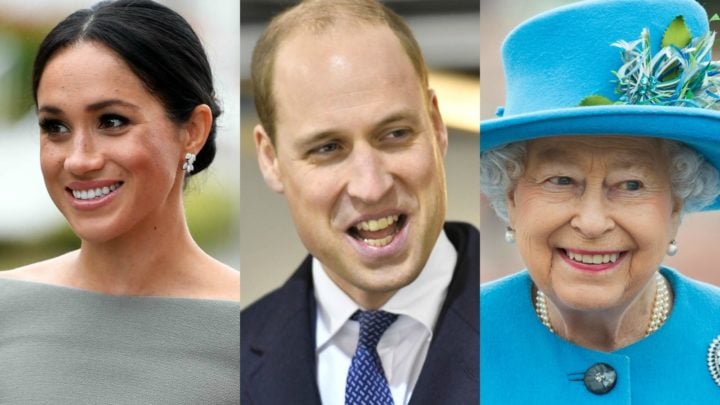 The most popular members of the royal family have been revealed. Source: Getty

The most popular members of the royal family have been revealed, and it’s great news for the older generation of royals. The poll measured members of the family against three key criteria: positive opinion, negative opinion and neutral opinion.

The Queen is showing no signs of slowing down any time soon, often spotted representing the royal family at various events, and now a YouGov poll found tradition and hard work really does stand the test of time, with the Queen named the UK’s favourite member of the family. The 93-year-old monarch received a positive opinion rate of 72 per cent from the British public and was described as admirable, hard-working, dedicated and dignified.

Not far behind was Prince Harry, who ranked in second place with a 71 per cent approval rate, while Prince William closely followed his brother in third place. In last year’s survey, Harry was ranked first with a positive opinion rate of 77 per cent but has since slipped to second place. Despite this, only nine per cent of participants had a negative opinion of the new dad.

Meanwhile, the Duke of Cambridge, who is second in line for the throne, received a positive opinion rate of 69 per cent and was described as responsible, likeable, a good role mode, genuine and admirable. His wife, the Duchess of Cambridge, is the second most popular woman in the royal family with a 64 per cent positive opinion rate and was described by royal fans as a good role model, attractive, genuine, beautiful and admirable.

The family’s newest addition, the Duchess of Sussex, came in at sixth place, just behind the now-retired Prince Philip and was described as confident, attractive, beautiful, charming and admirable. Meghan’s popularity has decreased by six per cent since the last poll, with a 49 per cent positive opinion.

The decline in the poll doesn’t come as a surprise since Meghan and Harry have been at the wrong end of public criticism over recent months. The couple also faced backlash earlier this year for keeping details of son Archie’s birth and christening private.

Although he’s set to ascend to the throne in the coming years, Prince Charles’s struggle to woo the public is still evident as he came in seventh place with just 48 per cent of Brits voting him as their favourite. His wife Camilla proved even less popular with the public, with only 29 per cent saying they had a positive opinion of the future Queen consort, putting her in 11th place overall.

The couple have faced an uphill battle since their relationship was made official in the late 1990s, when their approval ratings were even more dire. Since then, the pair have worked hard to improve their standing with the public across the Commonwealth.

Meanwhile, Princess Anne, who recently turned 69 on Thursday, came in eight place with a positive opinion rate of 46 per cent thanks to her hard-working and committed work ethic, followed by her daughter Zara Phillips who was described as a good role model, likeable, accomplished, genuine and talented.

The Countess of Wessex appeared to jump up one spot from last year, swapping positions with the Duchess of Cornwall, and came in 10th place with a 29 per cent positive opinion. While her husband, the Queen’s youngest son Prince Edward, came in at 12th place on 26 per cent.

Princess Eugenie proved slightly more popular than her older sister Princess Beatrice at 25 per cent and 24 per cent respectively. Meanwhile, Prince Andrew proved to be the least favourite royal in 15th place with an approval rating of just 21 per cent.

What do you think? Who's your favourite British royal?