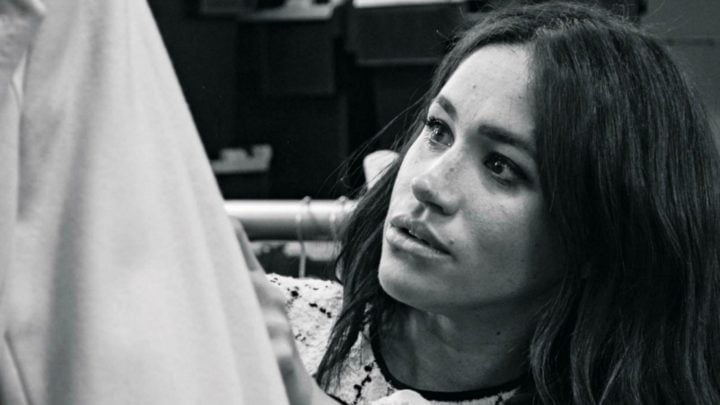 Meghan, Duchess of Sussex, has earned a name for herself as a style icon and now, after months of speculation, it’s finally been confirmed that the former actress has guest edited the September issue of British Vogue.

The mother-of-one has spent the last seven months secretly working on the special edition, titled ‘Forces for Change’, Sussex Royal revealed on Sunday.

While Meghan herself won’t be on the cover, the eye-catching front page of the issue features 15 inspirational women, including American actress Jane Fonda, New Zealand Prime Minister Jacinda Ardern and climate change campaigner Greta Thunberg. While the issue will include a candid conversation between the duchess and former First Lady Michelle Obama.

In addition, an interview between her husband, Prince Harry and Jane Goodall, a conservationist who she has idolised since a young age, will also be printed in the high-profile fashion magazine.

“Guest Editing the September issue of British Vogue has been rewarding, educational and inspiring. To deep dive into this process, working quietly behind the scenes for so many months, I am happy to now be able to share what we have created,” Meghan said, according to Sussex Royal’s Instagram page.

The palace also released a candid photo of the mother-of-one working on the game-changing issue, sharing a behind-the-scenes black-and-white progress shot. Meghan is the first person to guest edit the September edition, although the Duchess of Cambridge was the magazine’s cover star in June 2016.

“These last seven months have been a rewarding process, curating and collaborating with Edward Enninful, British Vogue’s Editor-in-Chief, to take the year’s most read fashion issue and steer its focus to the values, causes and people making impact in the world today,” Meghan said in a further statement, according to Hello magazine.

“Through this lens I hope you’ll feel the strength of the collective in the diverse selection of women chosen for the cover as well as the team of support I called upon within the issue to help bring this to light. I hope readers feel as inspired as I do, by the ‘Forces for Change’ they’ll find within these pages.”

Do you think it’s refreshing to see the younger members of royalty branching out and trying their hand at new things? Do you think Meghan has adapted well to royal life?