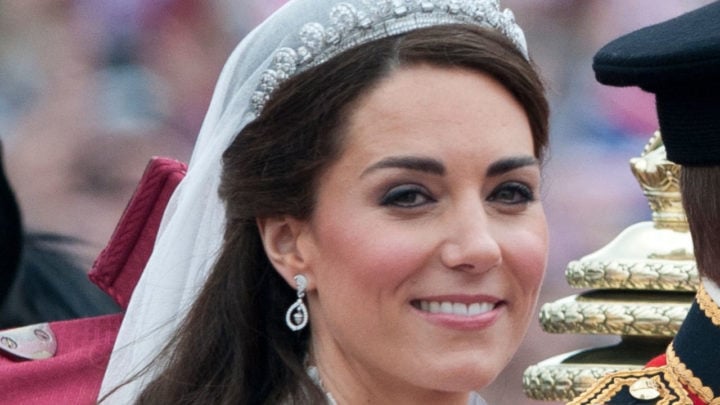 Stylist Richard Ward was lucky enough to be selected by Catherine – then known as Kate Middleton – to create her bridal hairstyle when she tied the knot with Prince William at Westminster Abbey in 2011. And almost a decade on, the duchess still regularly visits Ward to have her locks blow-dried into her signature bouncy style.

Now the London-based hairdresser has opened up on the relationship he has with his royal client. He even shared some tidbits about the royal wedding day having been privy to what went on behind the scenes – including how groom Prince William lent a hand as Ward perfect Catherine’s look for the evening reception.

“I wanted to show Kate the back of her hair and I was struggling to walk with this 500-year-old mirror,” Ward previously told US publication People. “And he [Prince William] just said, ‘Let me give you a hand,’ and I said, ‘No, no, honestly,’ but he took one end and I’ve got the other and we’re shuffling along with this mirror – he’s great, he really is.”

Ward also described the royal mother-of-three as having a “wicked sense of humour”. “It’s quite dry, there’s no airs and graces,” he said. “You can have a good joke with her.”

And the celebrity stylist also reminisced about his first visit to the Cambridge’s home, revealing that future king Prince William personally made him a cuppa. Ward added: “The first time I went ‘round to their house, it was actually William that made me a cup of tea! That was very nice.”

🎊 Nine years ago today – thank you for all your lovely messages on The Duke and Duchess of Cambridge’s wedding anniversary!

His revelations come after the Duke and Duchess of Cambridge celebrated their ninth wedding anniversary on Wednesday, having tied the knot in a televised ceremony on April 29, 2011.

To mark the special occasion, a photograph of the newly-married couple was shared on the official Kensington Palace Instagram page alongside a message which read: “Nine years ago today — thank you for all your lovely messages on The Duke and Duchess of Cambridge’s wedding anniversary!”

Fans were delighted to see the image and sent their best wishes to the happy couple on their wedding anniversary. One person wrote: “That was nine years? Wow, it doesn’t feel that long!! Happy Anniversary to the Duke and Duchess!”

Another commented: “Happy Anniversary!! Cheers to many more adventures together!” While another said: “Happy anniversary to a lovely couple. What an asset you are to our country.”

Did you watch William and Catherine's wedding in 2011?